It’s that time again! With a waiting period of March 1st to March 22nd, the surf delivered early enough to hold the 2020 Cold War surf contest on Saturday March 7th 2020, at Wooden Jetty in Long Beach Island, New Jersey. Michael Baytoff was on the beach all day to capture the action, credit for all photos in this feature go to him! Crowds turn out to watch the action… This year’s event saw 18 invited surfers and a few alternates from the Northeast USA competing. The same rules as usual, a man-on-man contest with only one heat per surfer and a team format. Team with the most heat victories wins the Cold War… Solid swell and stiff offshores = green light for the contest A strong hurricane-force low off of the northeast coast provided large but challenging surf conditions, with gusty winds out of the NNW, and a strong north to south current. Early morning temps in the 30’s gradually climbed into the low 40’s by afternoon. 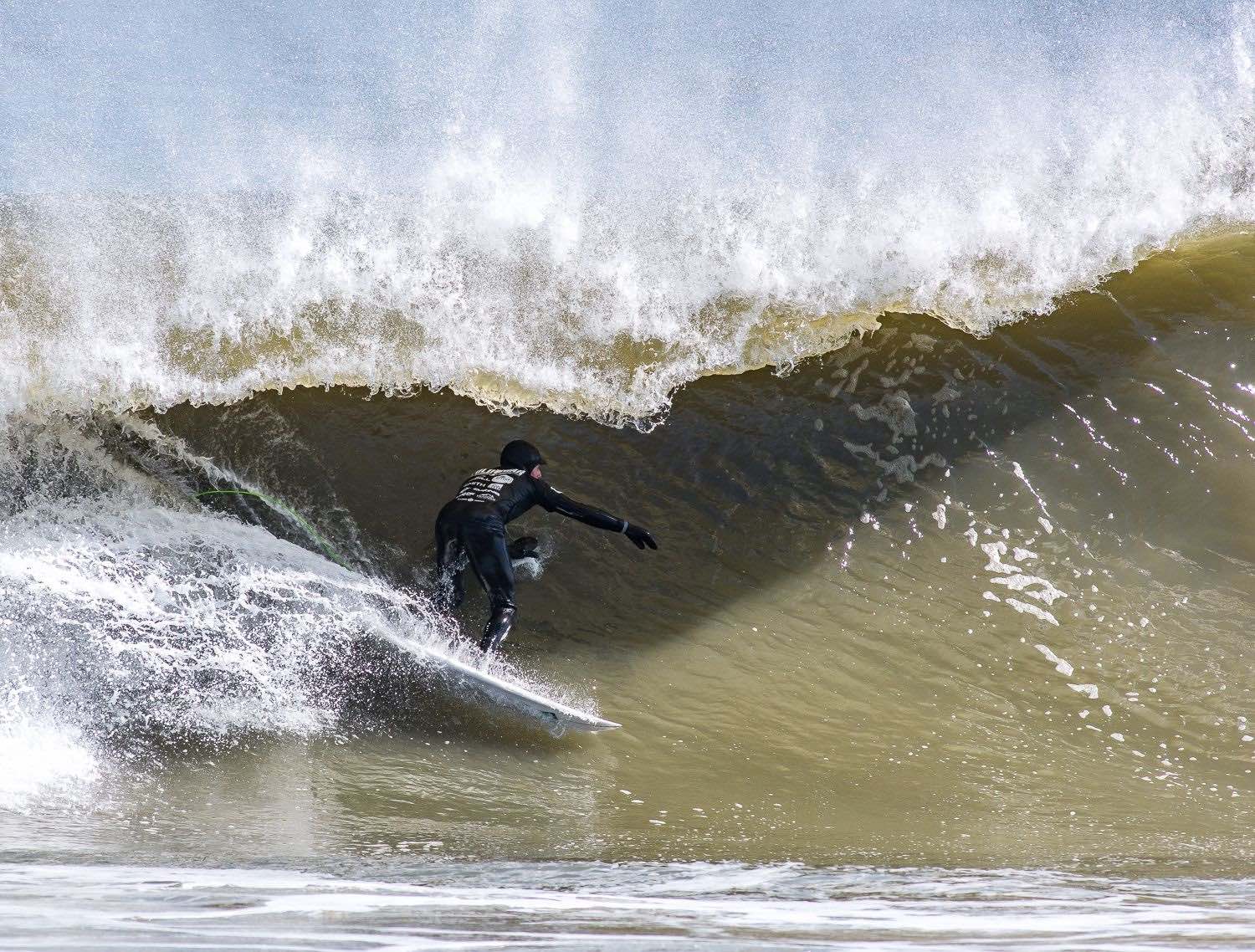 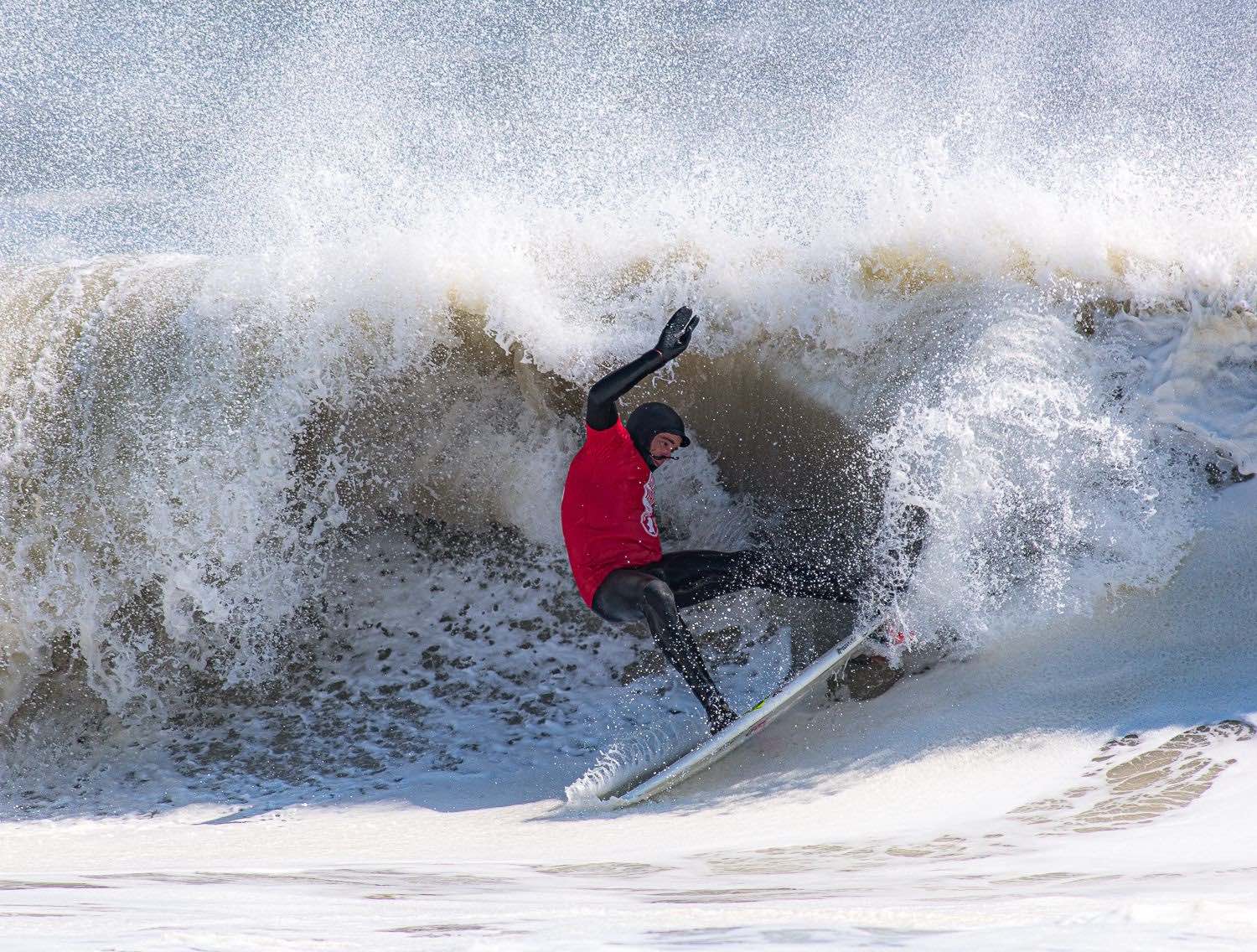 The competition was very tough and conditions were difficult with a dropping tide. During most heats, riders were only able to catch 1-2 rides… 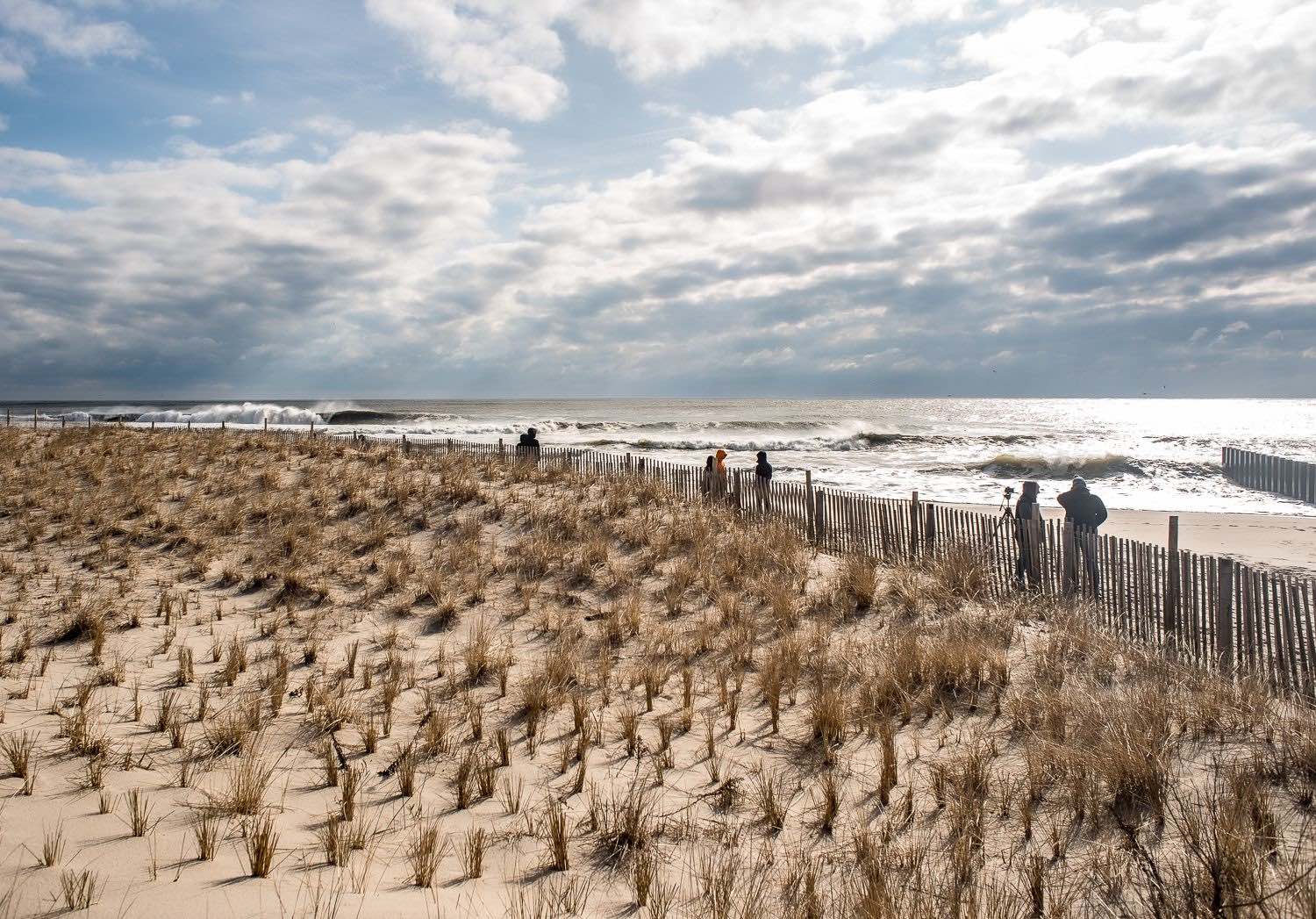 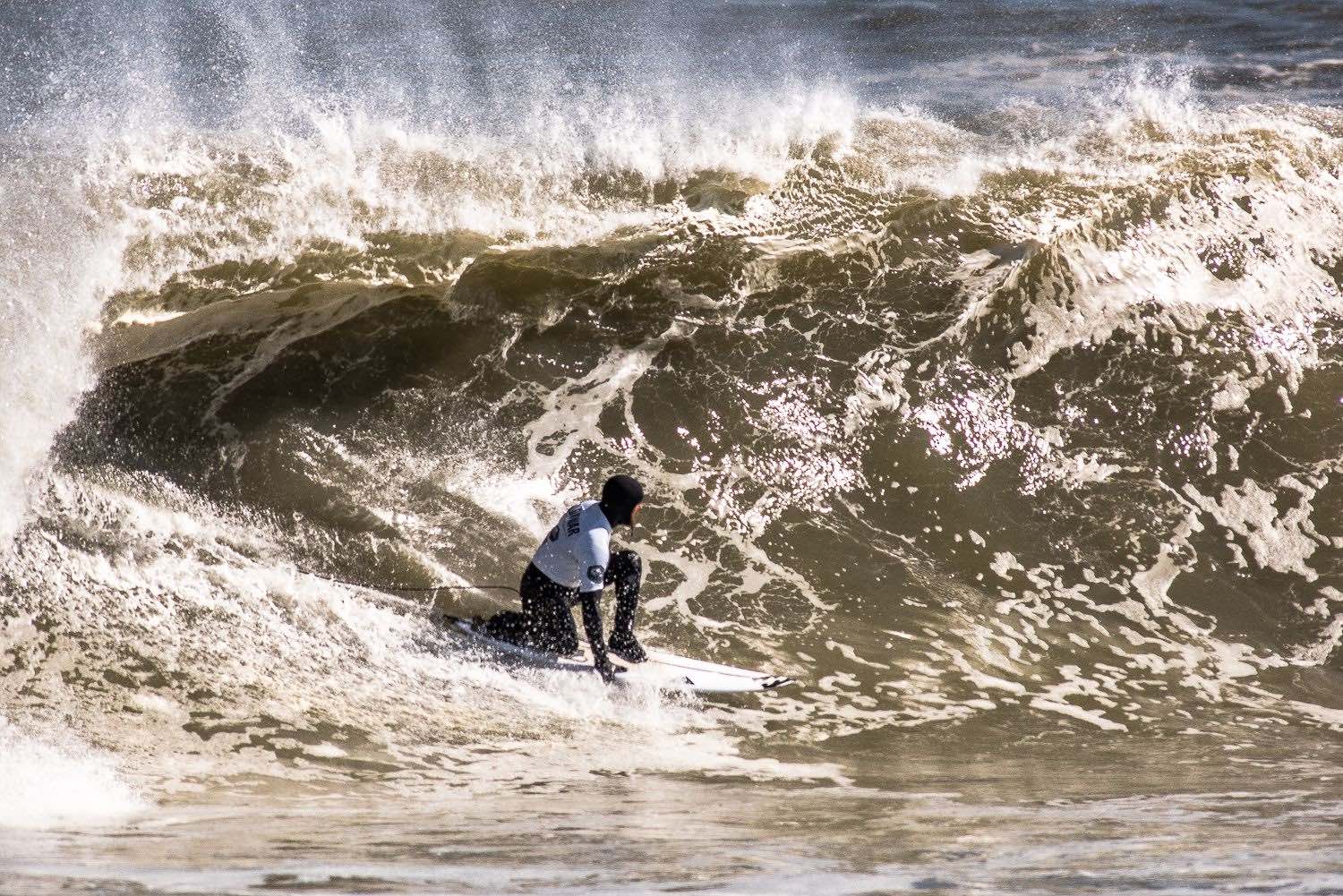 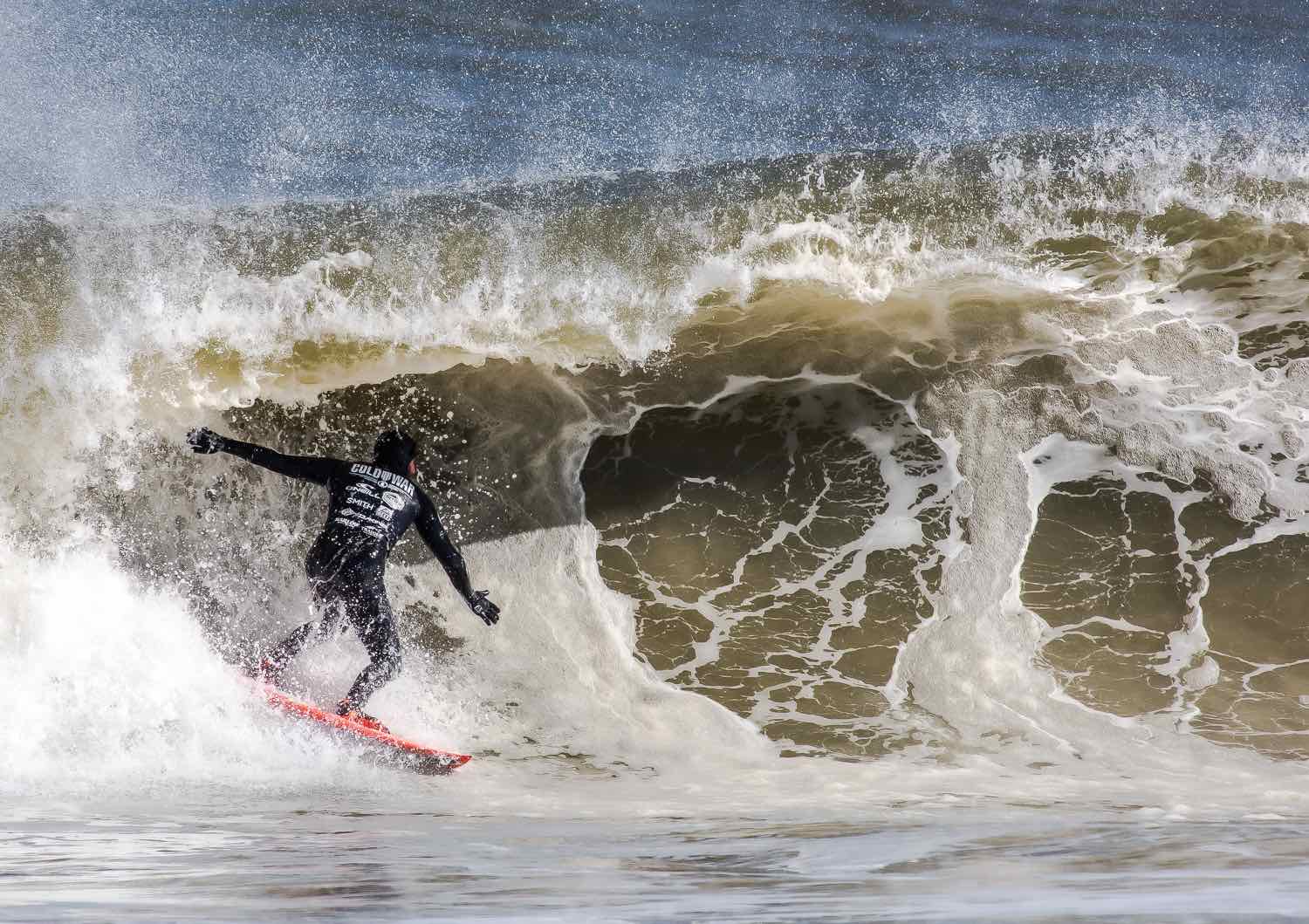