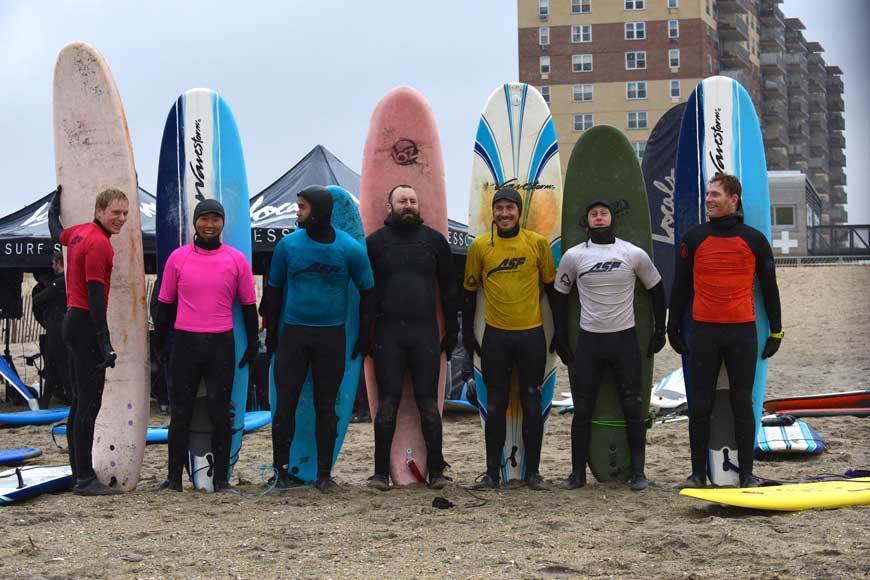 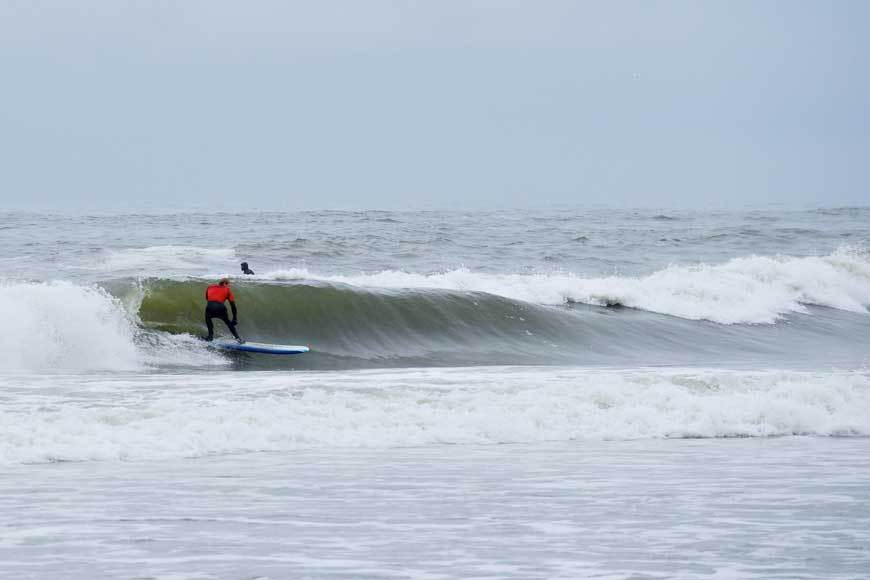 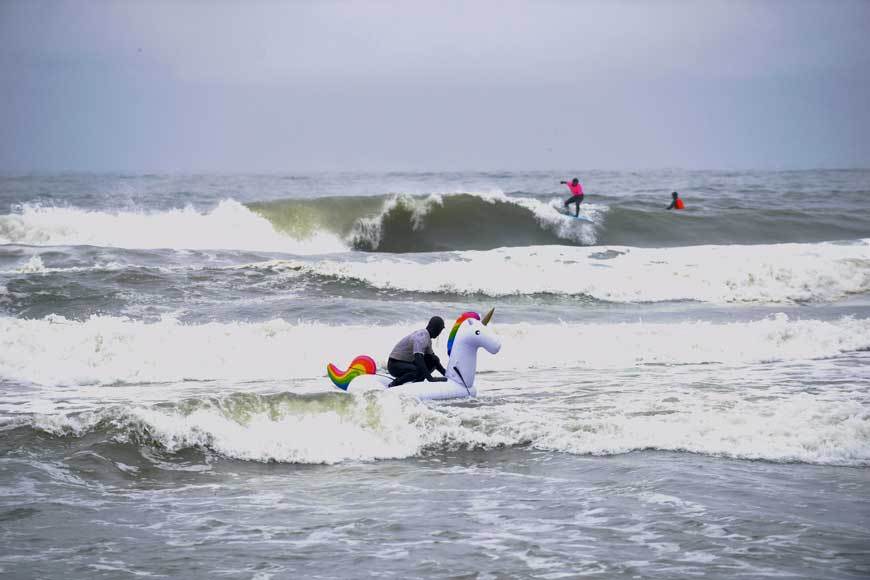 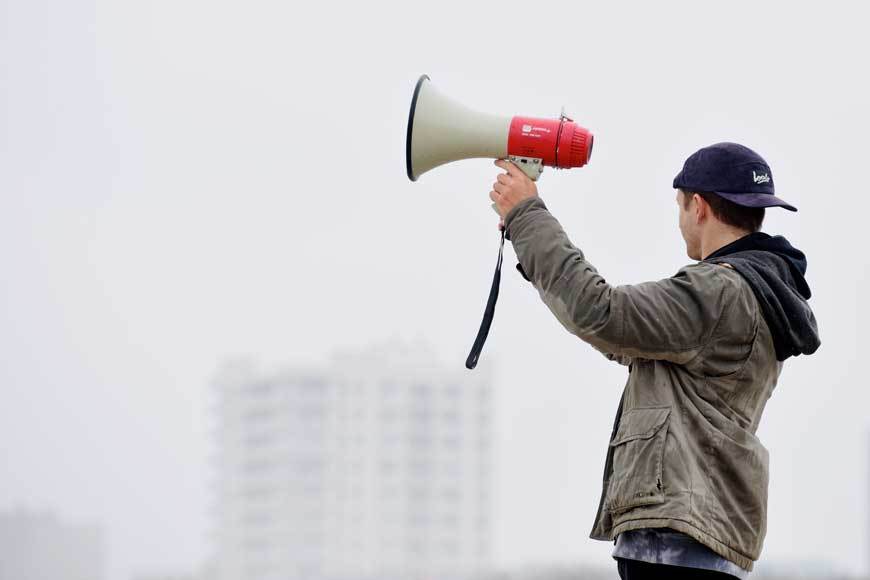 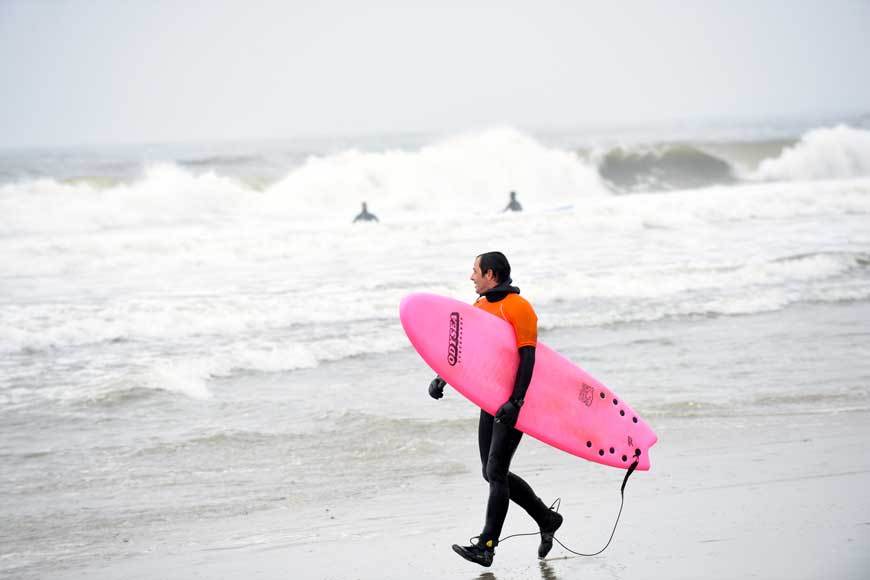 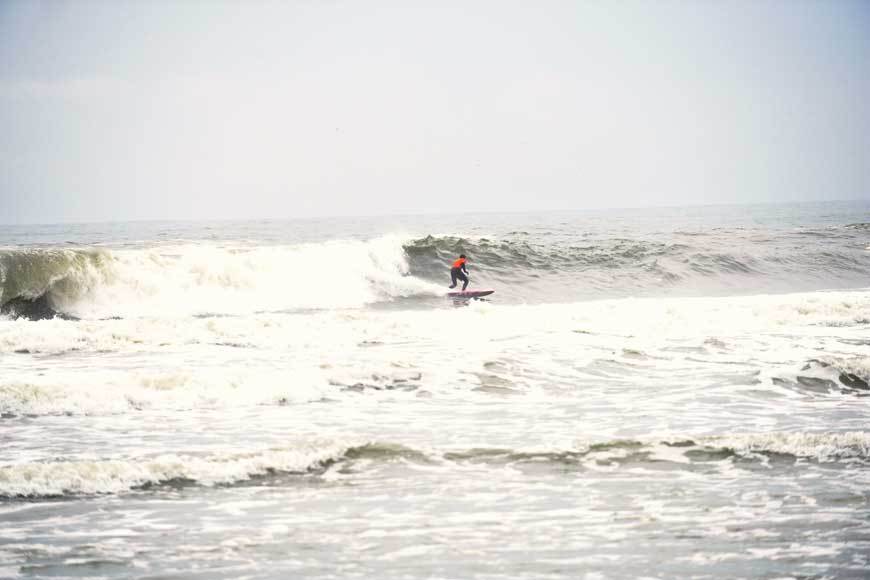 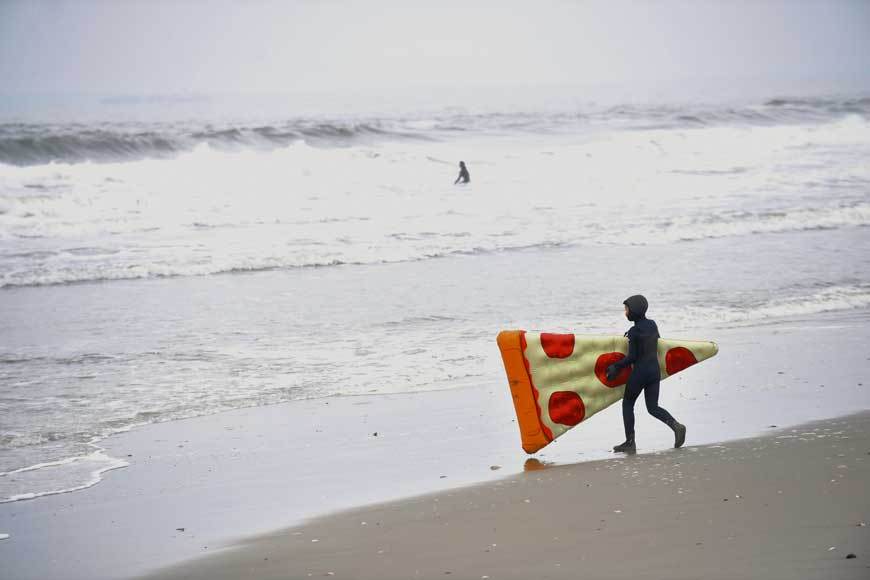 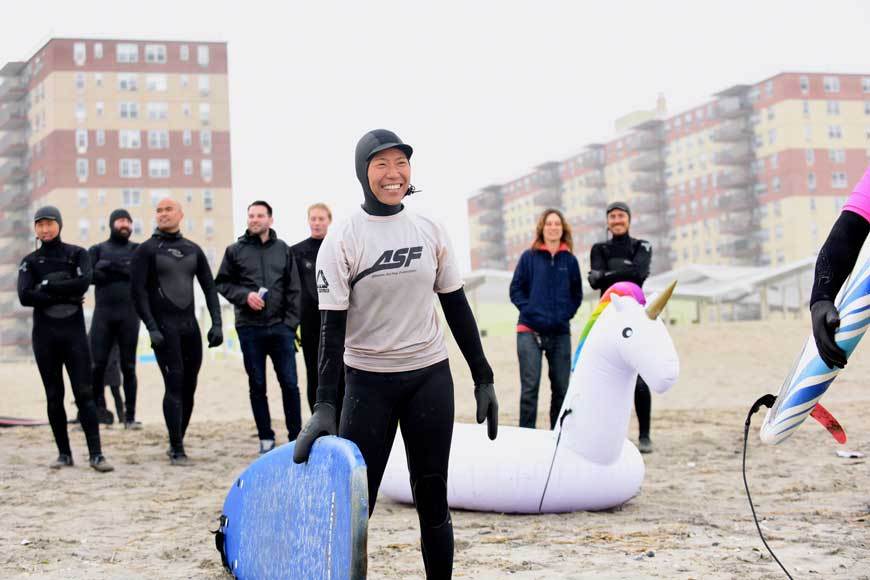 Photos by Ruth Mamaril
Local’s Surf School‘s first annual Foam-Top Frenzy was a massive success, but you could have guessed that. With solid surf and a bunch of people charging foam-tops, what could go wrong? Well a few things actually, but that didn’t stop the crowds from coming for carnage!
From the early morning onwards, we had some pretty heavy rains for most of the competition; however, Locals had set up several tents along with RedBull’s massive wigwam to keep the crowds dry. Despite the rains, we still had a very solid turnout of both spectators and competitors alike.
With about 40 people competing, we ran the competition frenzy style, that is to say there were no typical man on man heats. Instead, there were 5 heats of about 7 guys per heat all competing for the three coveted awards: Best Wave, Best Wipeout, and Best Alternative Craft. The rules were simple; no “real” surf boards.
All of the competitors were really charging their hardest in drifty, semi-clean 4-6ft surf. On top of this, there was a school of mating dogfish (aka sand sharks) that added extra element of fear to the frenzy. This made for some epic rides and hilarious wipeouts. In fact, we have never seen so much hilarity go down at any competition before as the whole crowd erupted each time a competitor took off on a bomb or experienced a brutal wipeout. With a quarter of the guys in the “Alternative Craft” division, how could you not have fun as you watch a guy go over the falls riding an inflatable unicorn?
By the end of the event, we had at least 3 broken boards and a few champions to be named. Local shaper Paul Schmidt took home the prize for “Best Wipeout” after riding a bomb on his finless foamie but eventually cartwheeling down the face into a broken board disaster. Unquestionably, Connor McKenna won the “Best Alternative Craft” division by fastening two foam boards together and placing an inflatable doll on one of the boards with beers in her hand. Somehow, he managed to paddle this contraption out there and get at least two waves. Finally, an underdog named Nick Hum won for “Best Wave”. While other guys paddled over the biggest wave of the day, Nick’s Captain America wetsuit gave him the confidence to go for it, nearly nose-dive, almost skid out and somehow make the drop before getting swallowed by the whitewater in an epic fashion on his trusted 8’0 Wavestorm.
By the end of the competition, people were ready to party at the Rockaway Surf Club, and party they did. High Waisted rocked the place as everyone celebrated their foam-top victories and failures with energized cocktails supplied our friends at RedBull. By the end of the day, countless people were begging the question: “when is the next frenzy?”

When RedBull and Locals Surf School hatched the idea for this event, the goal was to host a competition that could be work in small waves if we were unlucky but that would be epic if we did get waves. Most importantly, we didn’t want any pressure or exclusively that comes with typical contests; rather, we wanted everyone to feel like they could join in and just have fun. All of these goals were definitely met and we look forward to next year’s event as it will be even bigger, better and definitely kookier.