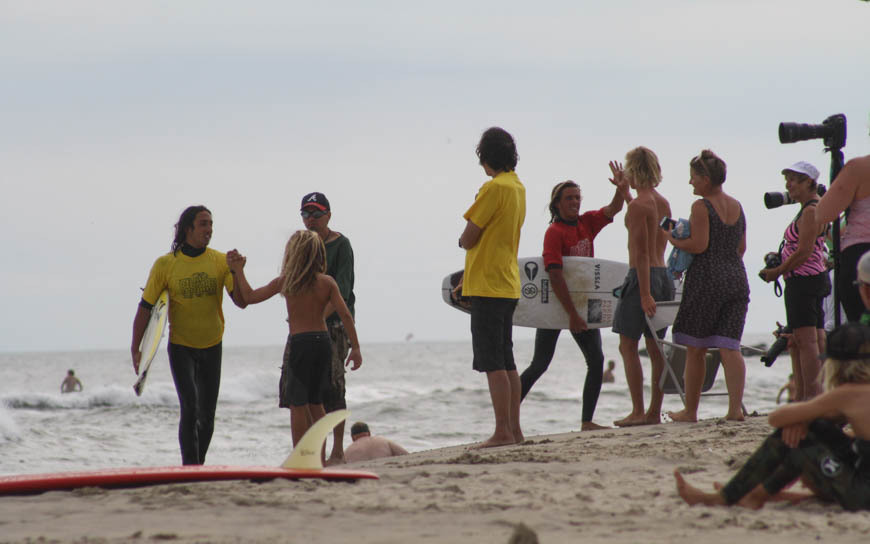 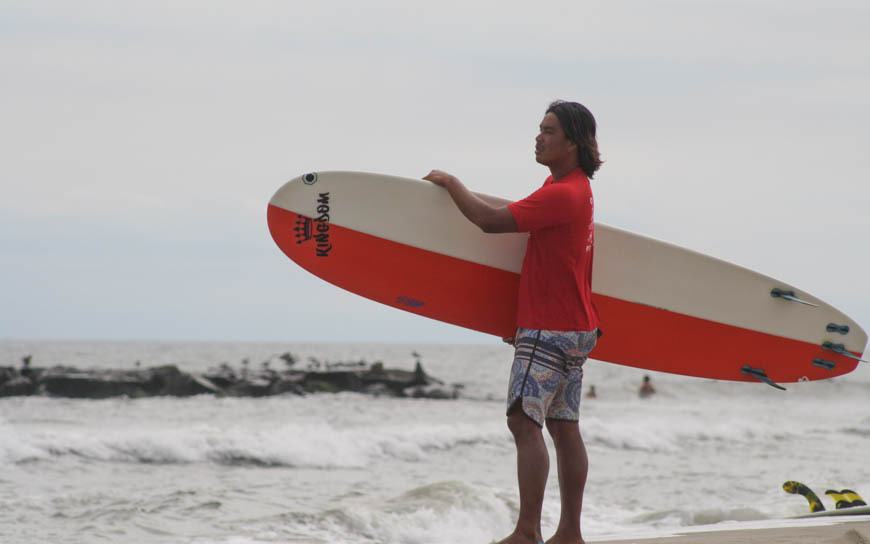 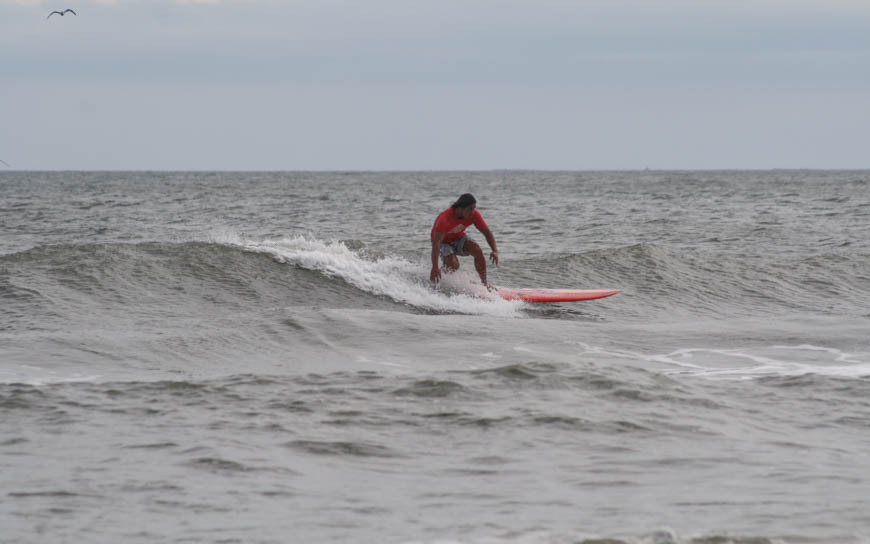 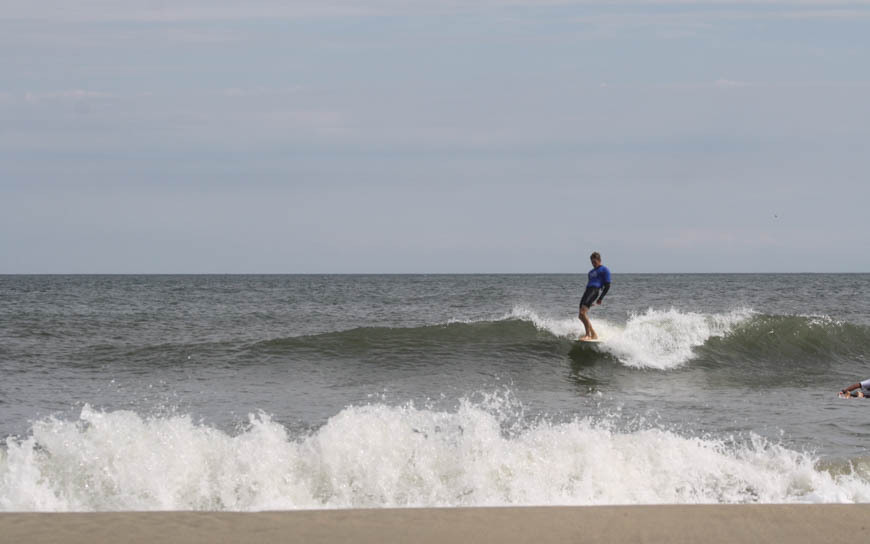 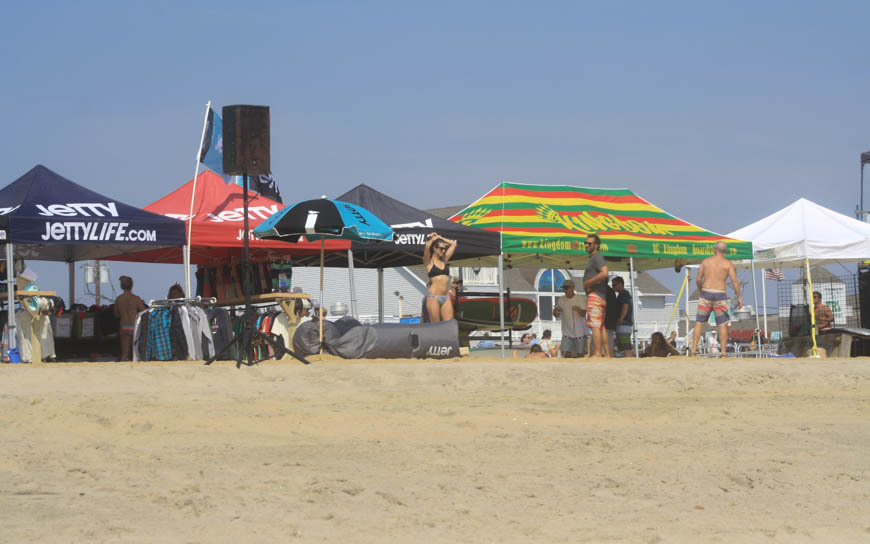 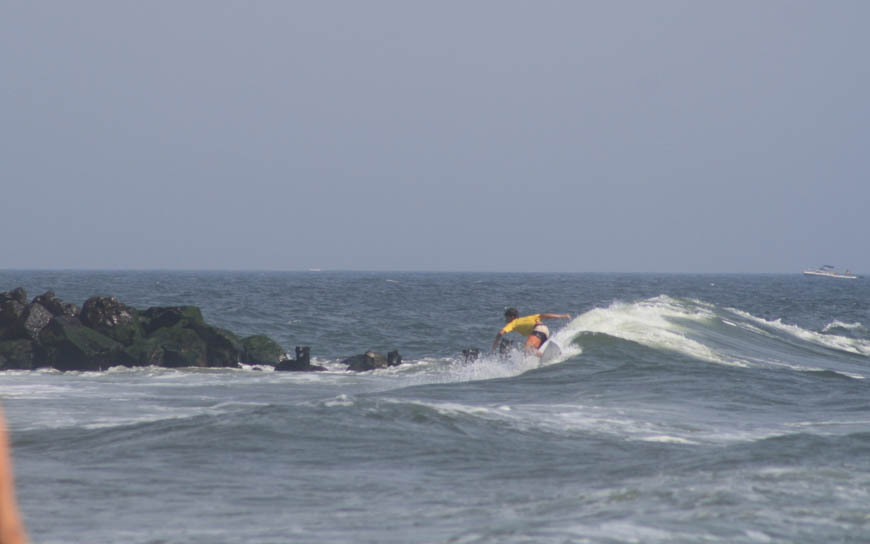 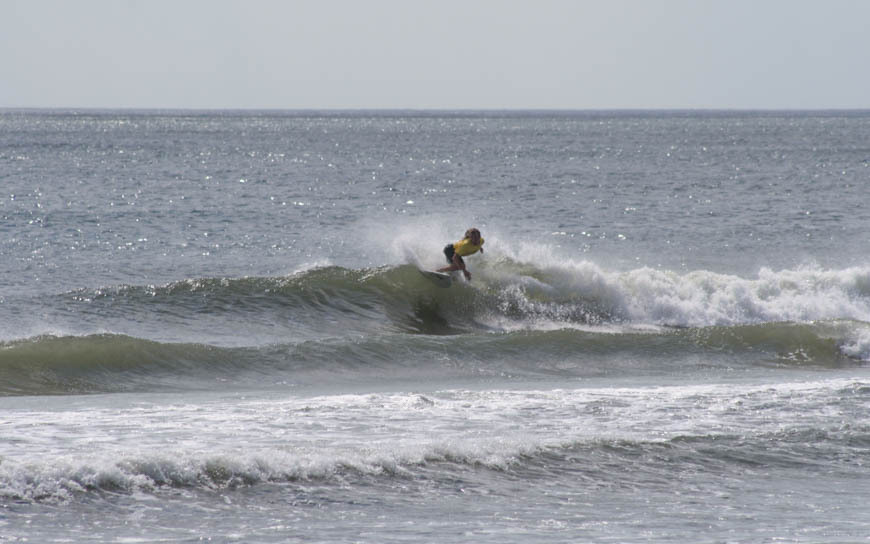 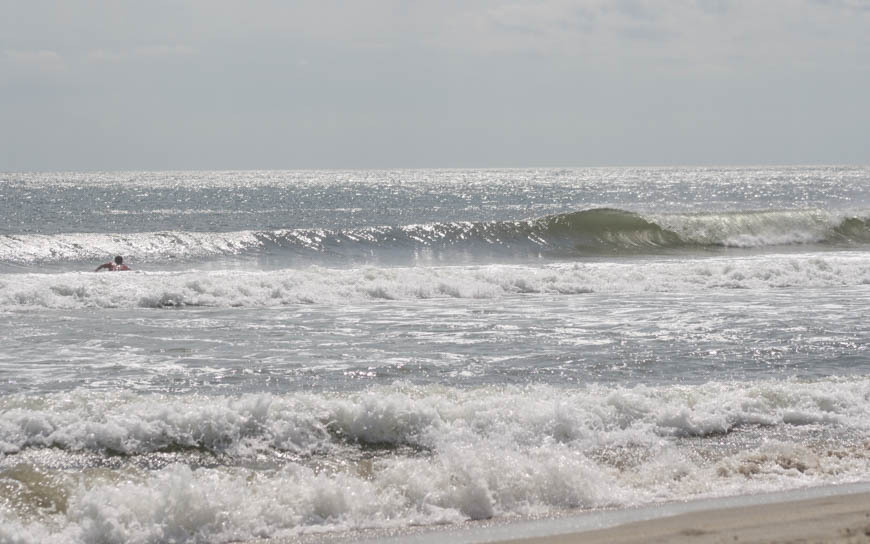 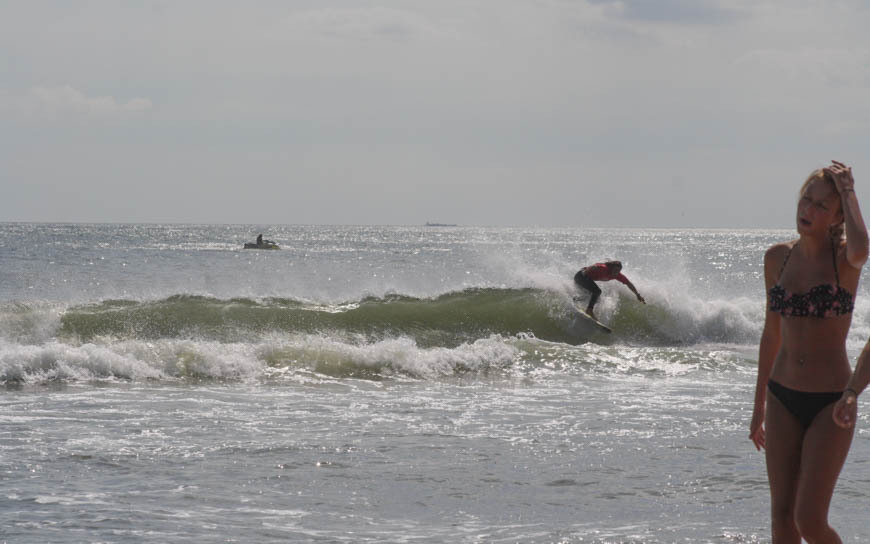 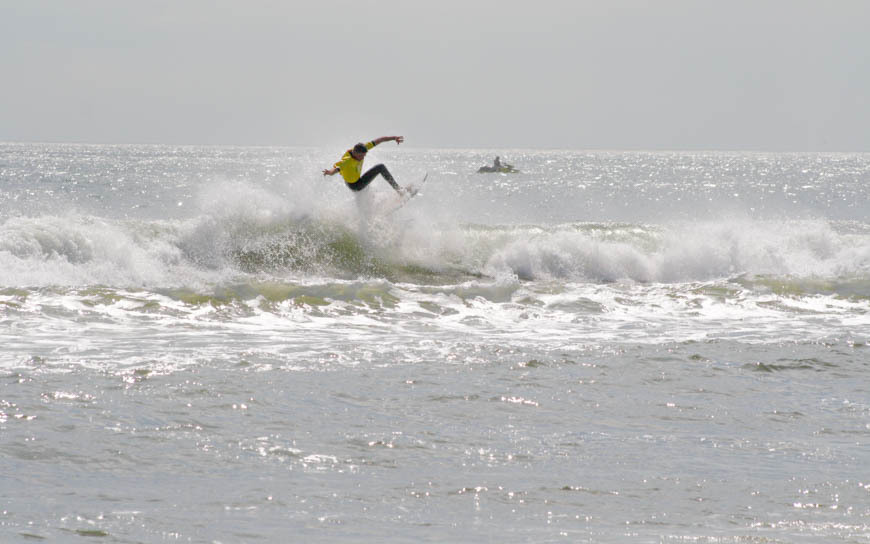 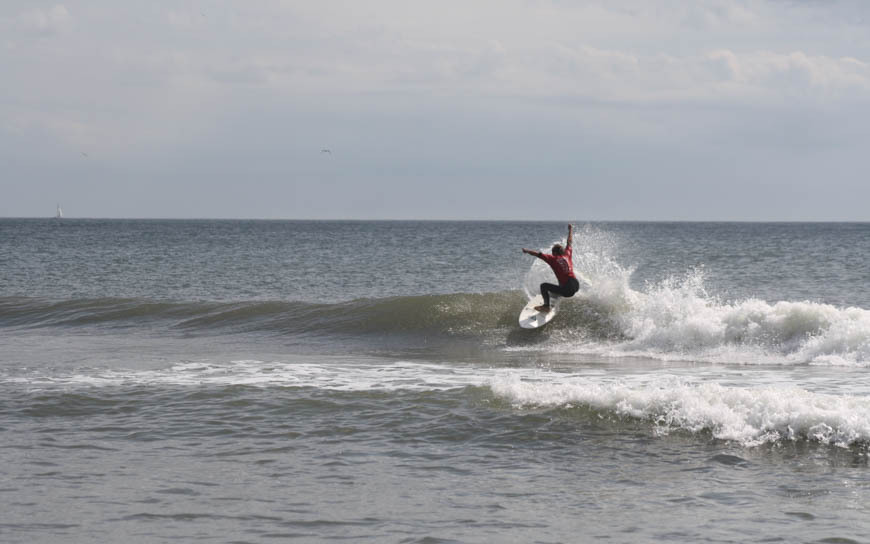 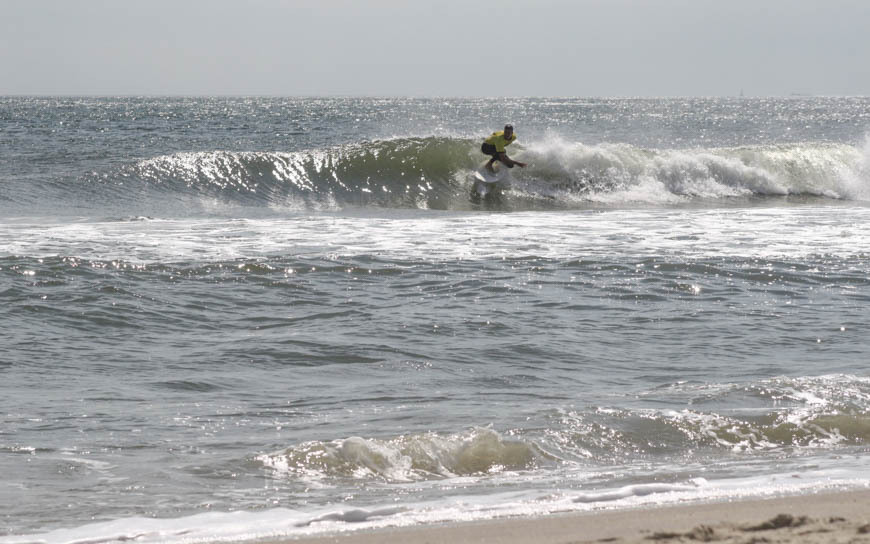 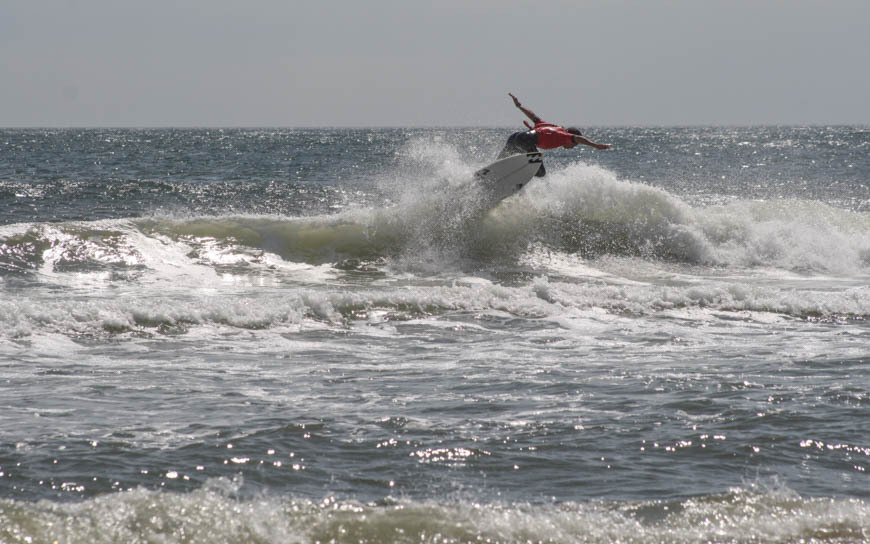 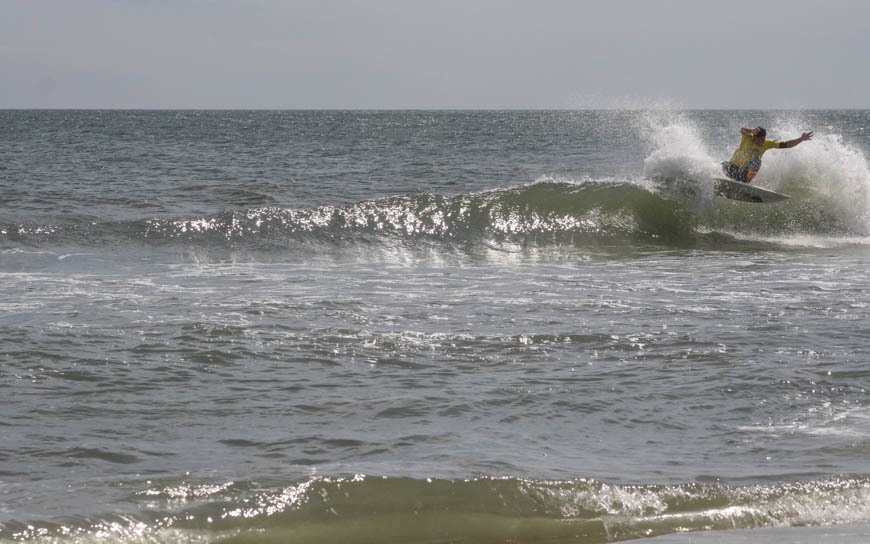 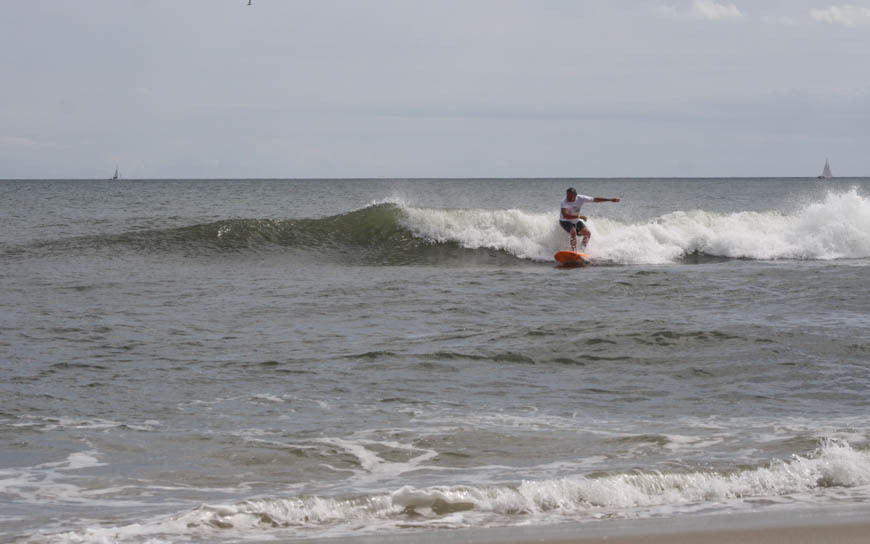 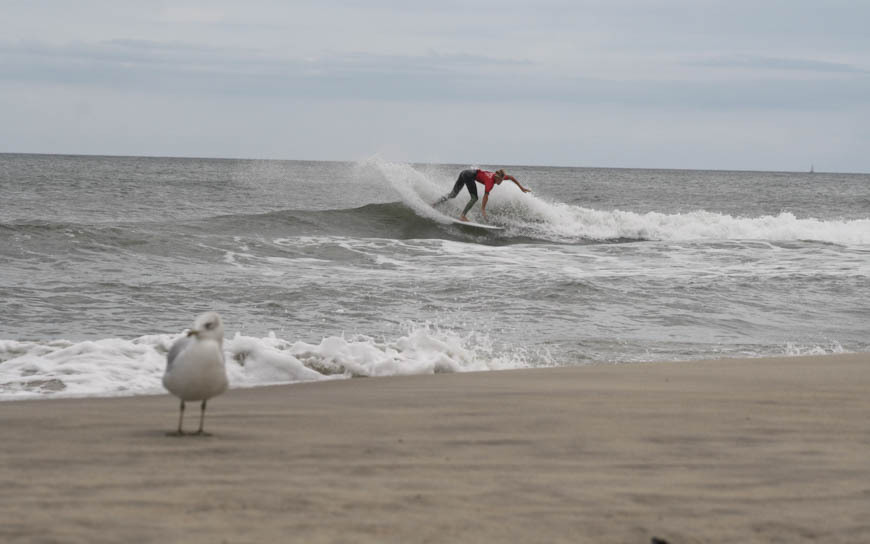 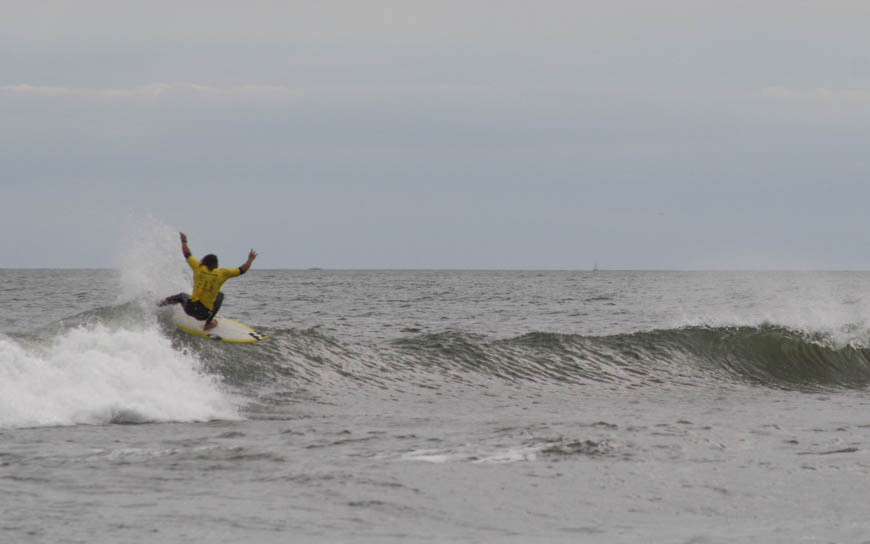 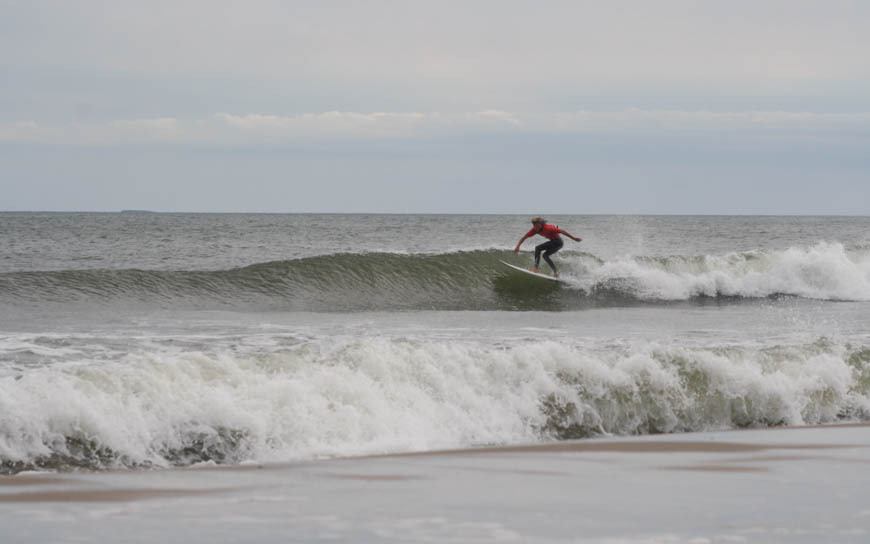 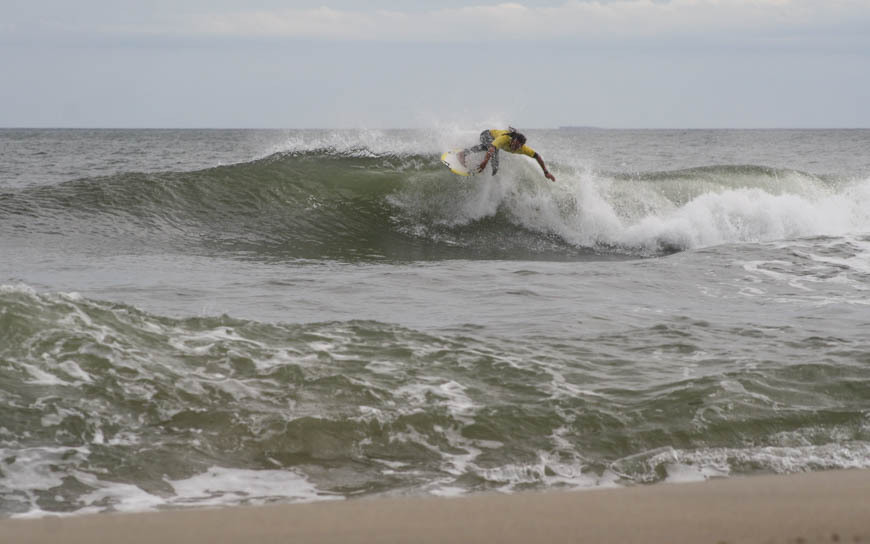 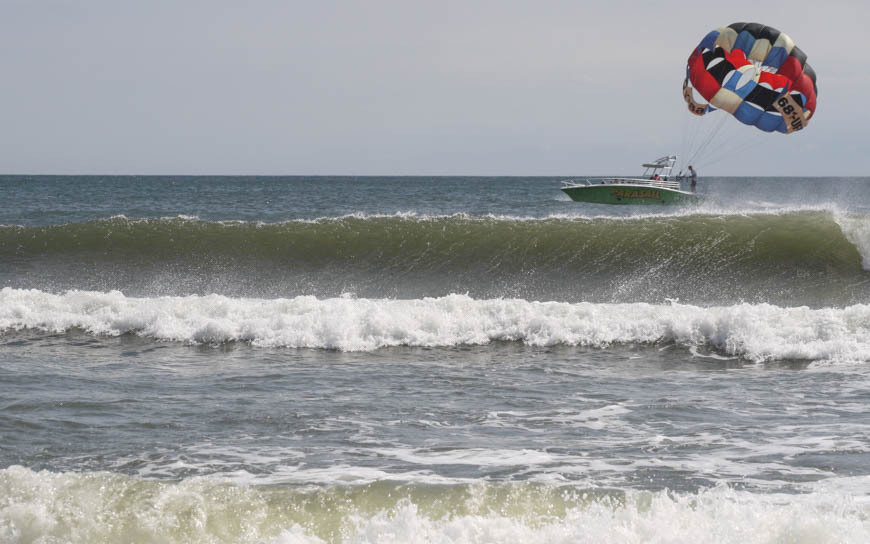 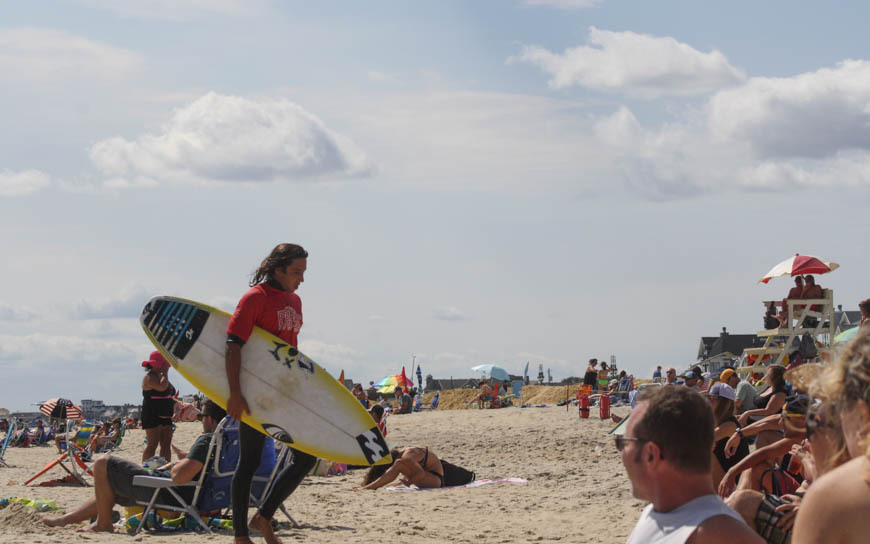 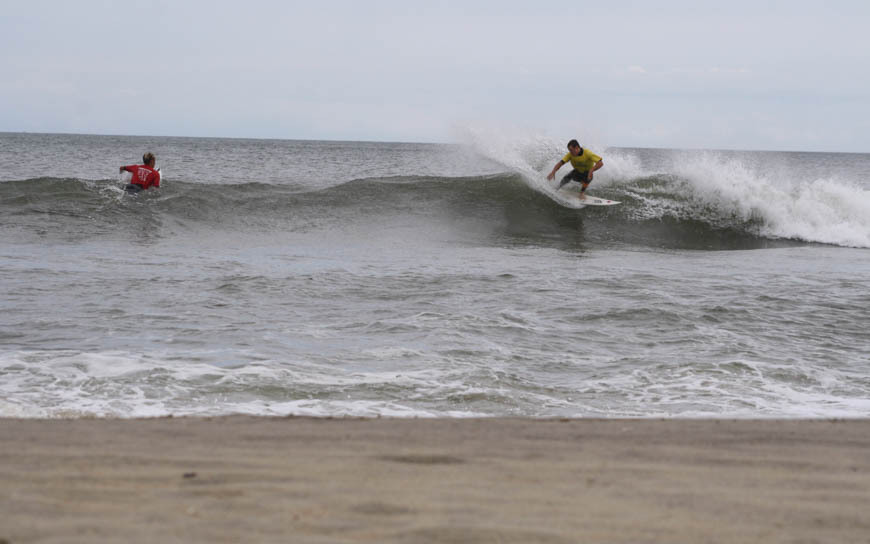 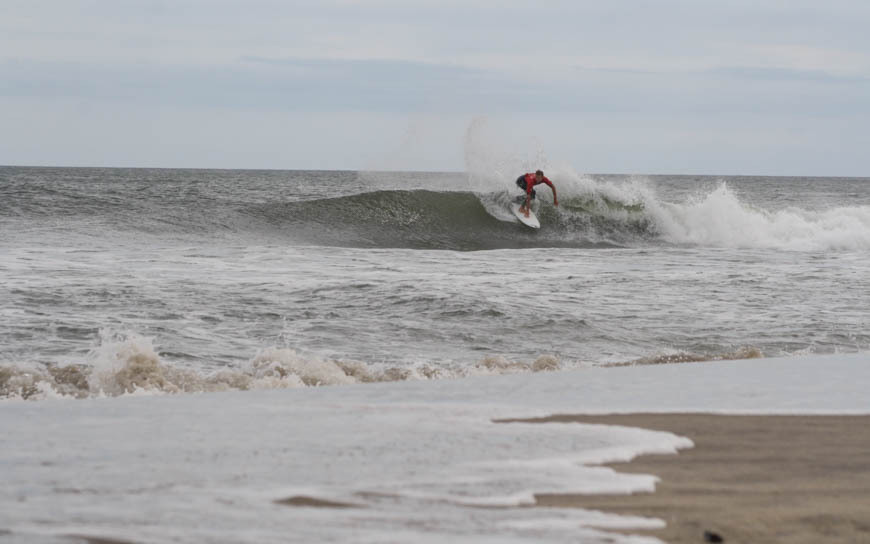 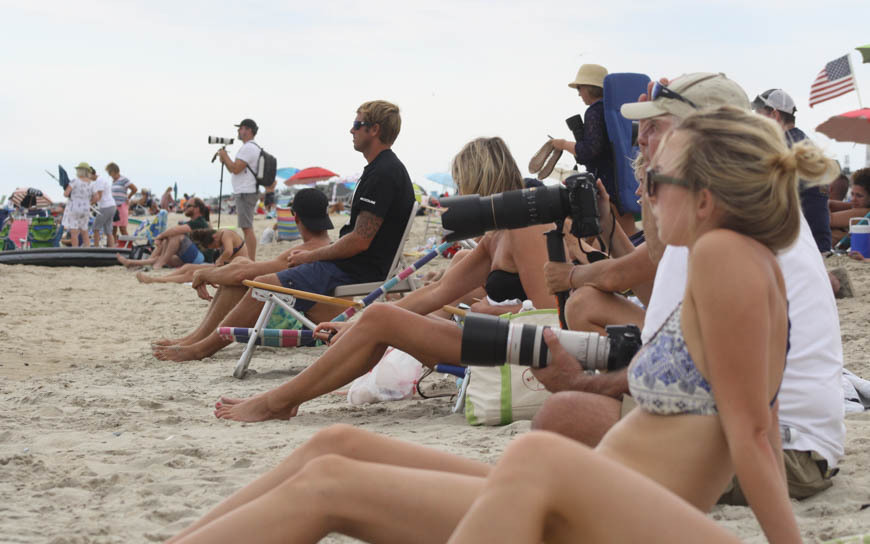 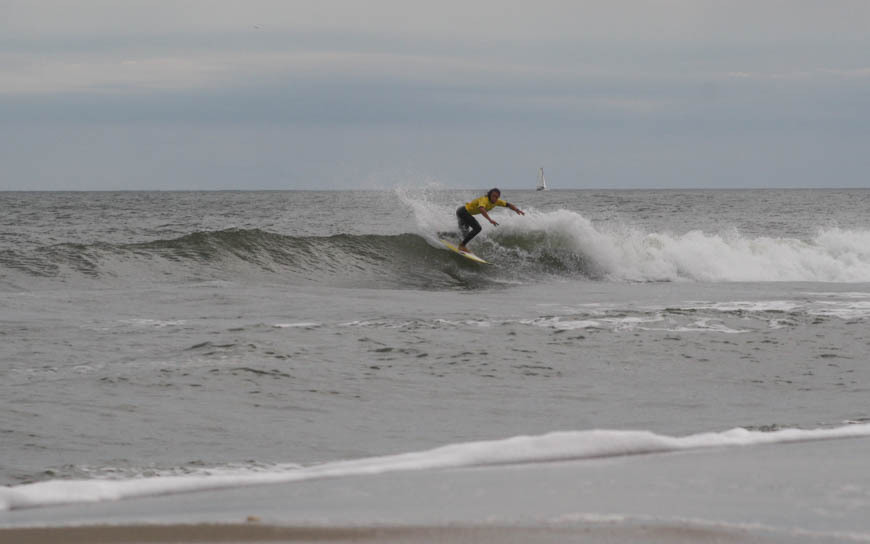 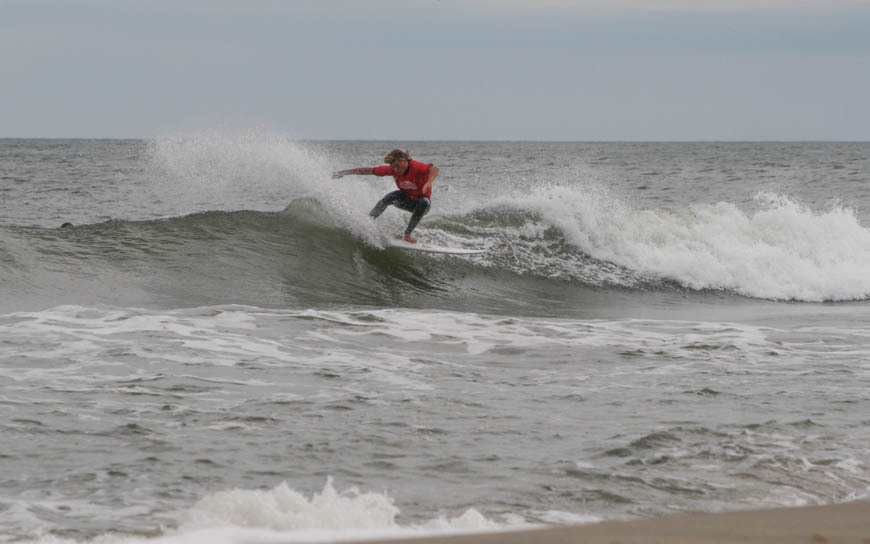 Just enough south wind blew all day Saturday into Saturday night from a small frontal system to keep the marginal south swell lingering enough to allow us to run some heated battles! We woke up to Finals day greeted by light offshore wind again with waist to chest high waves that just made it through the mid day high tide. Topped off with a literally picture perfect beach weather that drew a packed audience for the competitors and made for a very successful event!

Before talking about the winners, 2016 will be known for some breakthrough performances by a few locals that have been grinding at the Belmar Pro for years with unsatisfactory results. Alexa Muss, SRH’s Jack Murphy and Belmar local Brian Dalton both made the finals in their divisions out-surfing their competitors to win their first heats, however, it was Belmar Locals Nick DeLisa,Colin McNamara and Logan Kamen who all blazed through 4 rounds of competition with sharp, calculated, progressive surfing. They knocked out a few NJ and visiting heavyweights along the way making it to Round 5 only to lose very close, well fought battles. Their respectable performances were noticed and it made for a great vibe at the event, the stoke was super high.

For the Womens division, their final was held right around dead high tide, but all 4 finalists put forth light-footed approaches that made for an exciting exchange of peaks being picked off both left and right. Monmouth Beach’s Alexa Muss, South Jersey’s Belmar Pro regular Maddie Petersen and Hannah Blevins from FL all surfed a very close heat with similar scores as they picked off several long rides milking them to the beach. But it was the sharp, light-footed and powerful approach of South Jersey’s Cassidy McClain that out-surfed her competitors for the win. Cassidy had a few multiple maneuver waves in which she extended her turns with a power and style that looked a notch more progressive in this event than her competitors.

The main Men “Invitational / Open” event was a 32 Man WSL-style format with 2 initial double-elimination rounds, 3rd, 4th & 5th Rounds, Quarters, Semis, Final. The first 16 of the draw were Invitational till August 10th deadline in which any remaining invites not confirmed were made available as “Open” slots for registration. To read more, Continue Here!

2016 FINS Belmar Invitational brought to you by Eastern Lines: