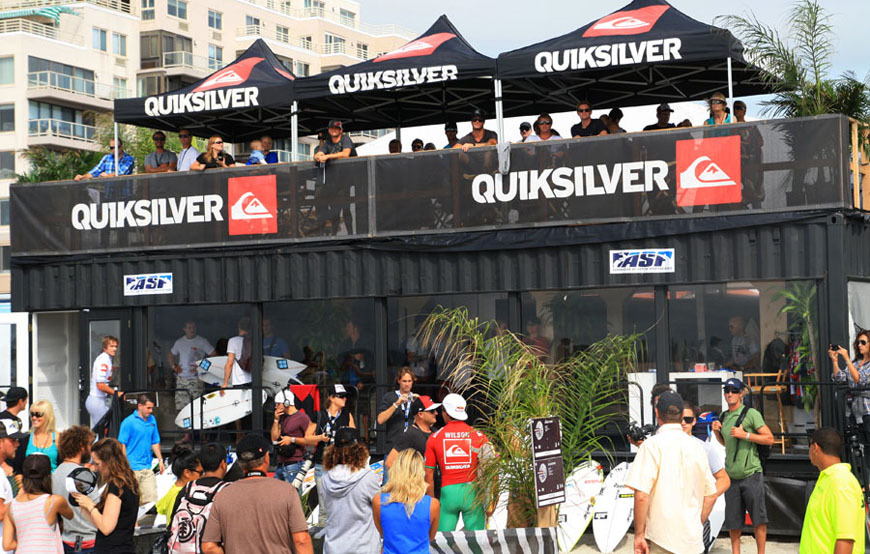 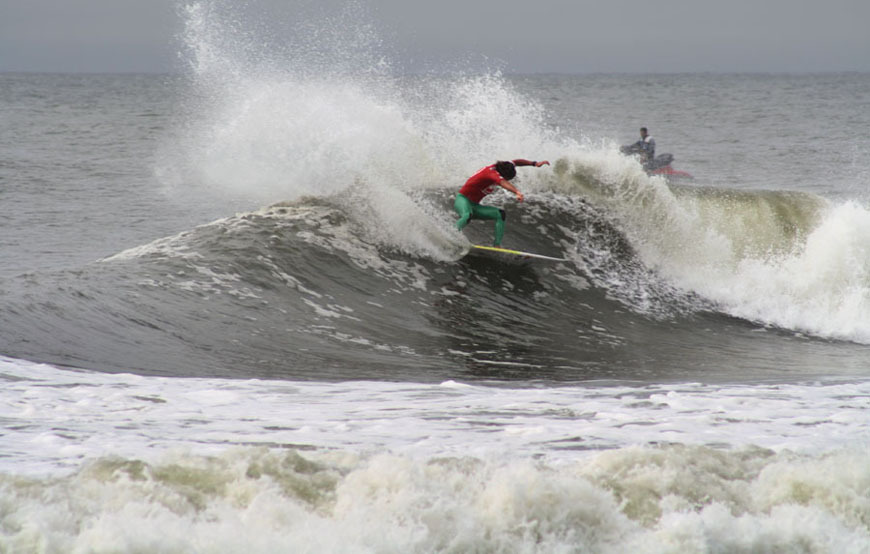 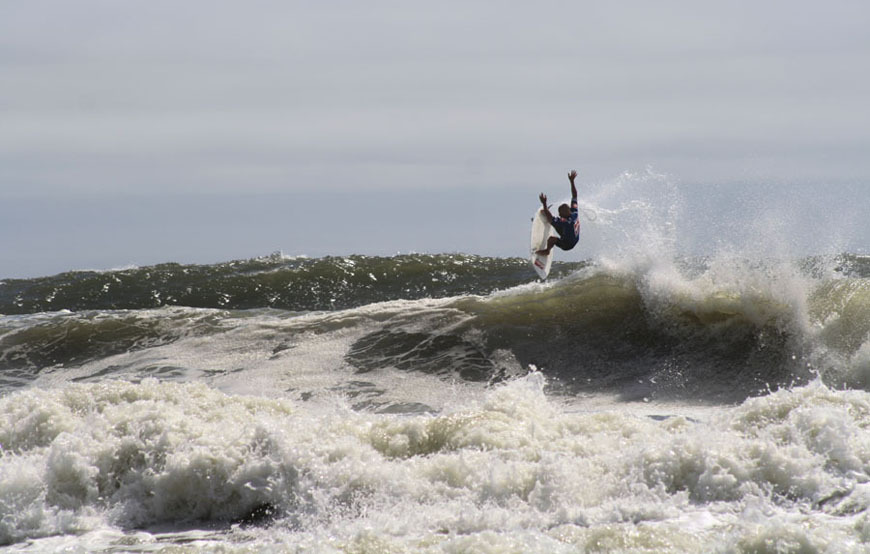 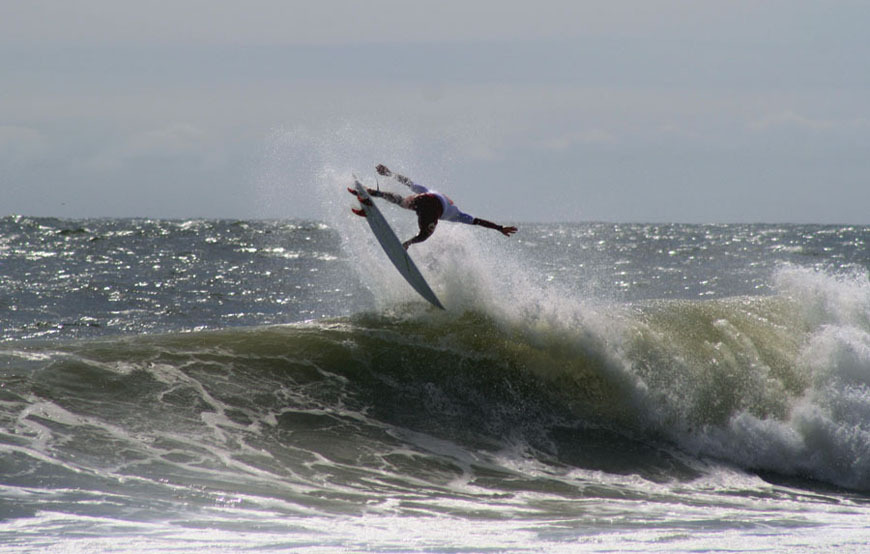 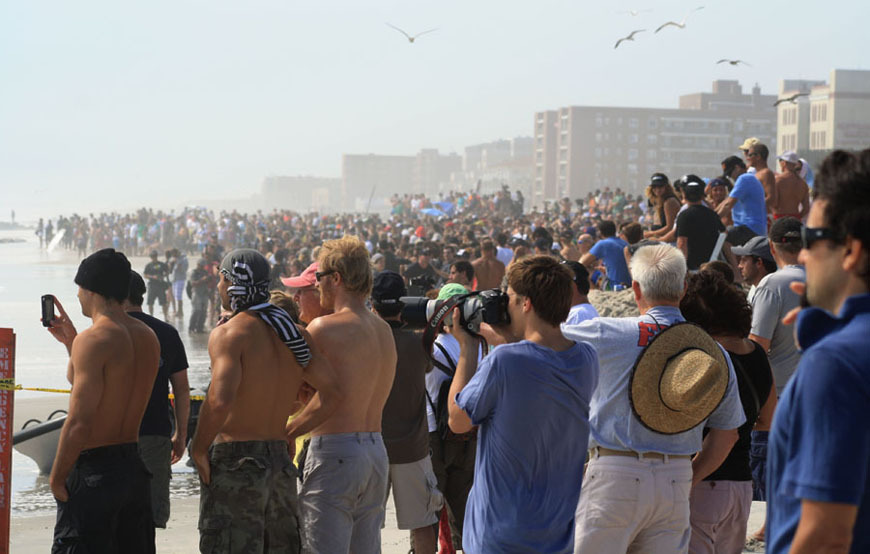 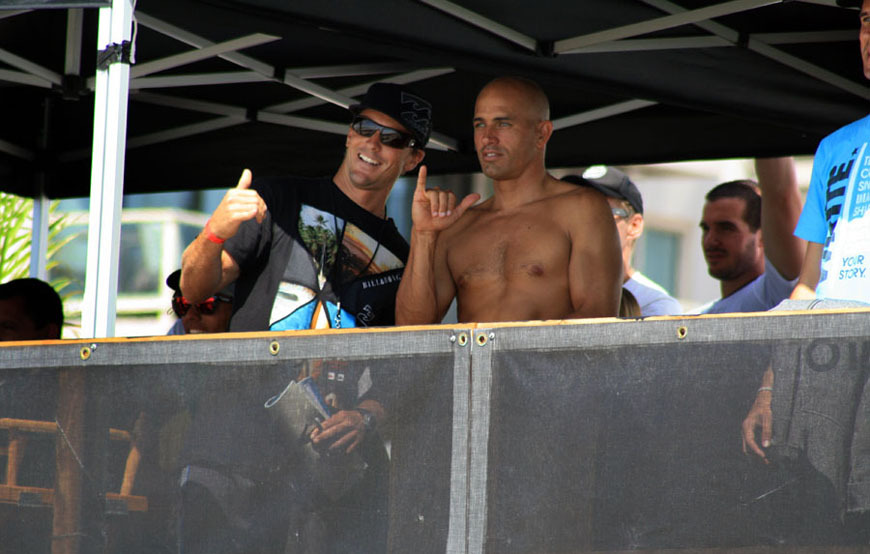 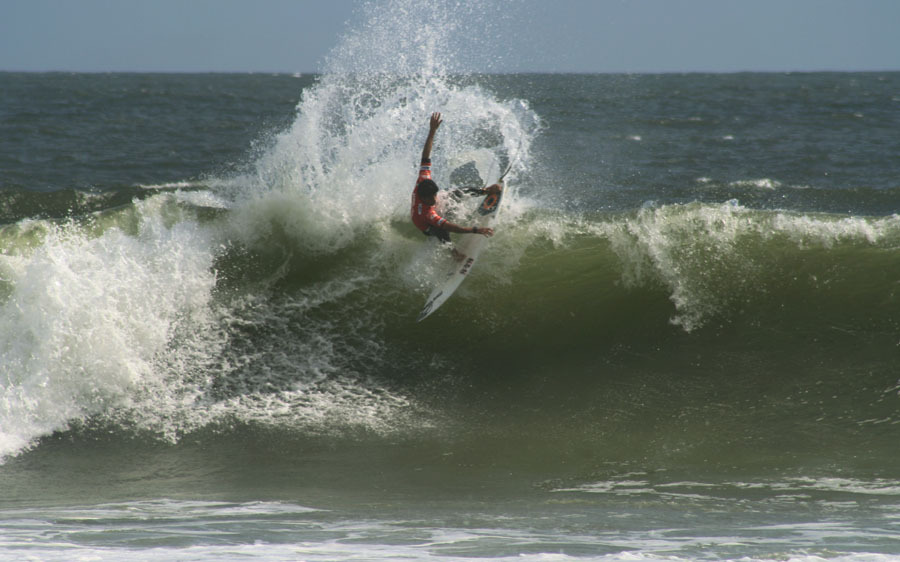 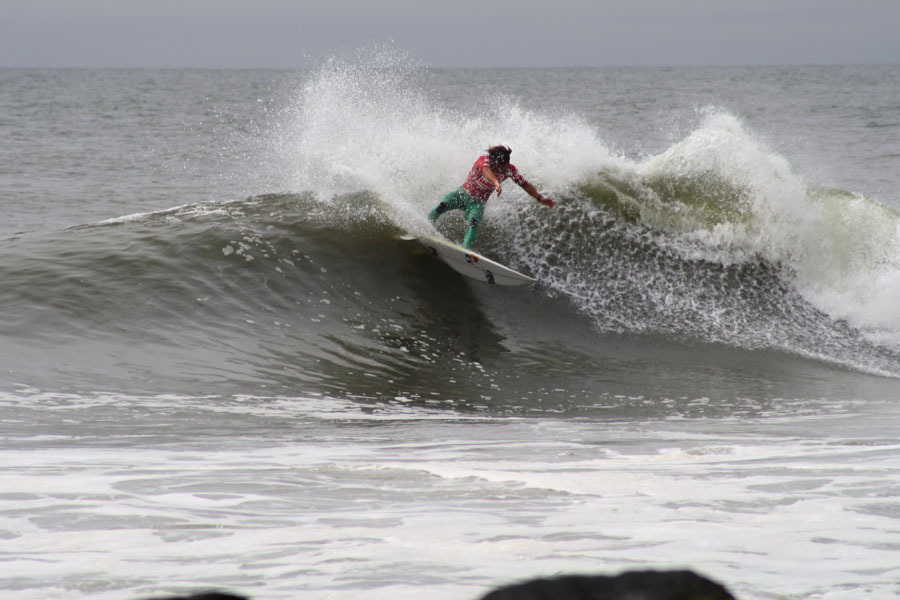 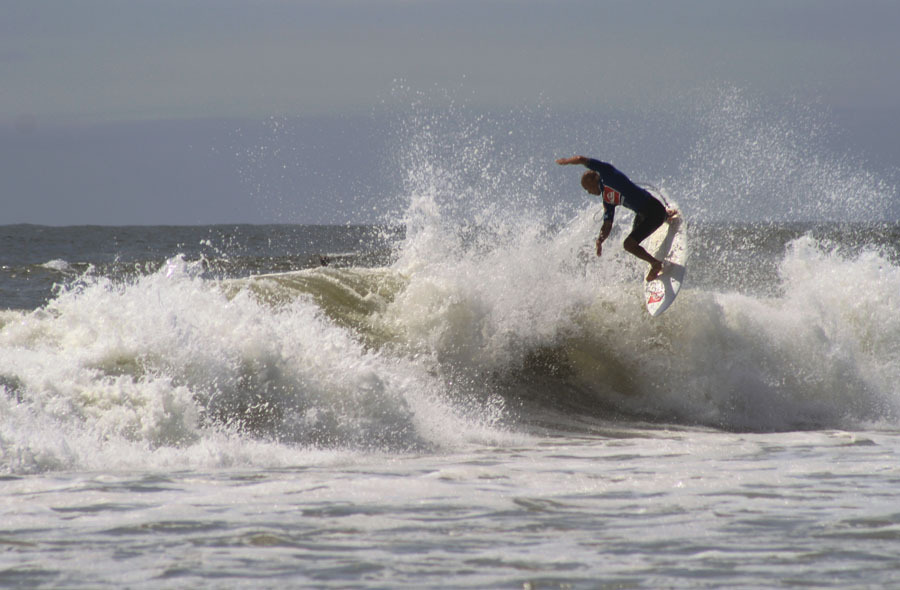 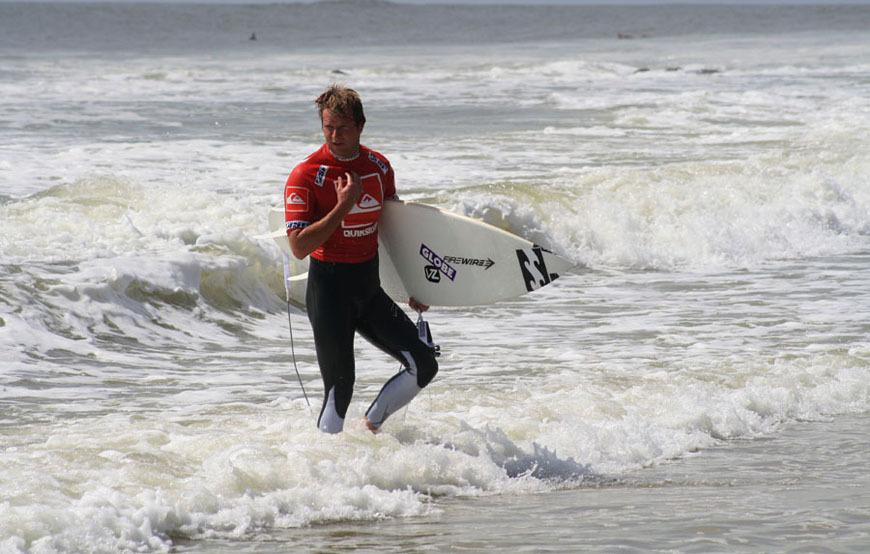 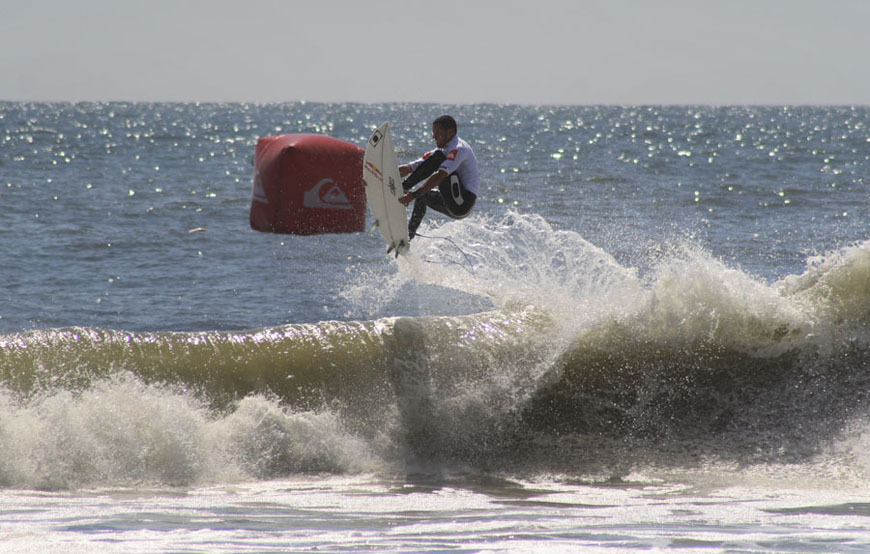 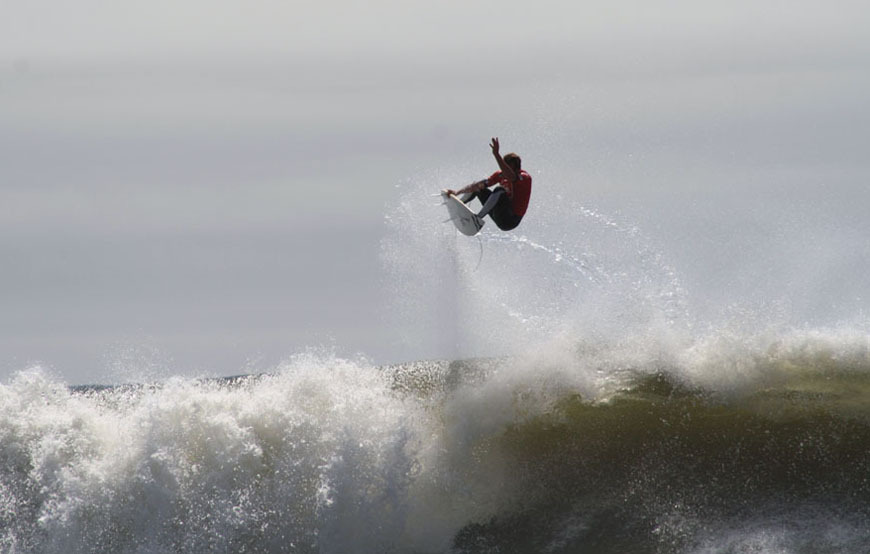 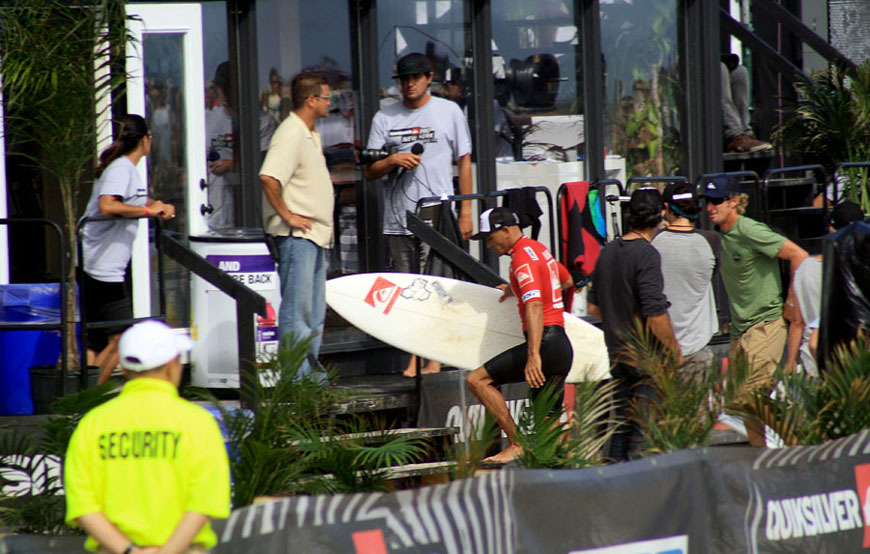 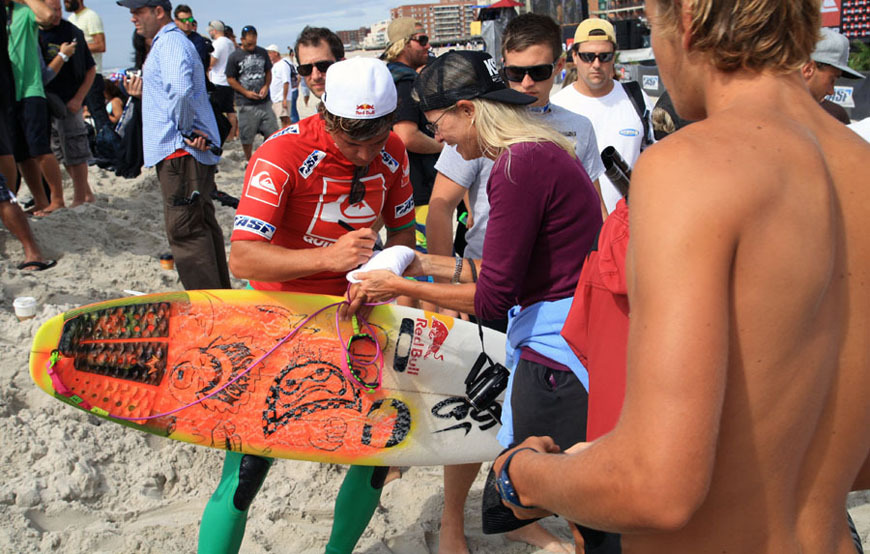 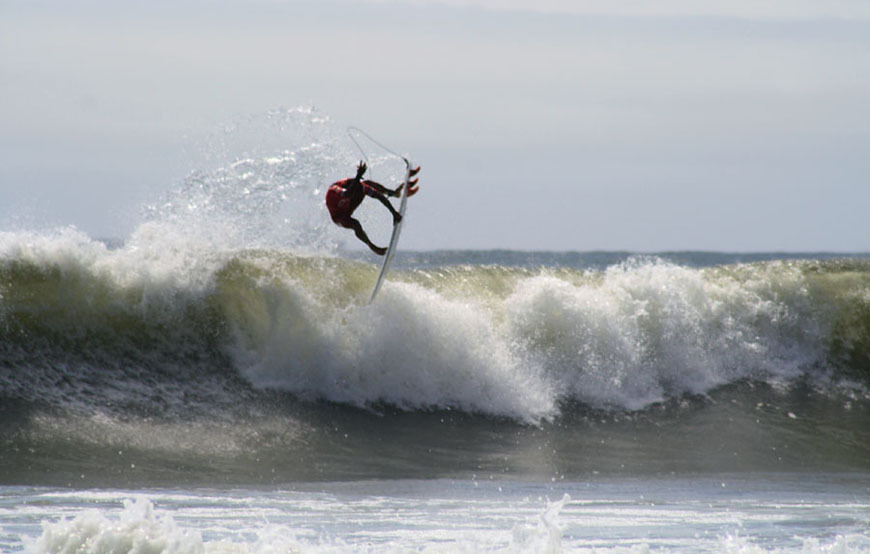 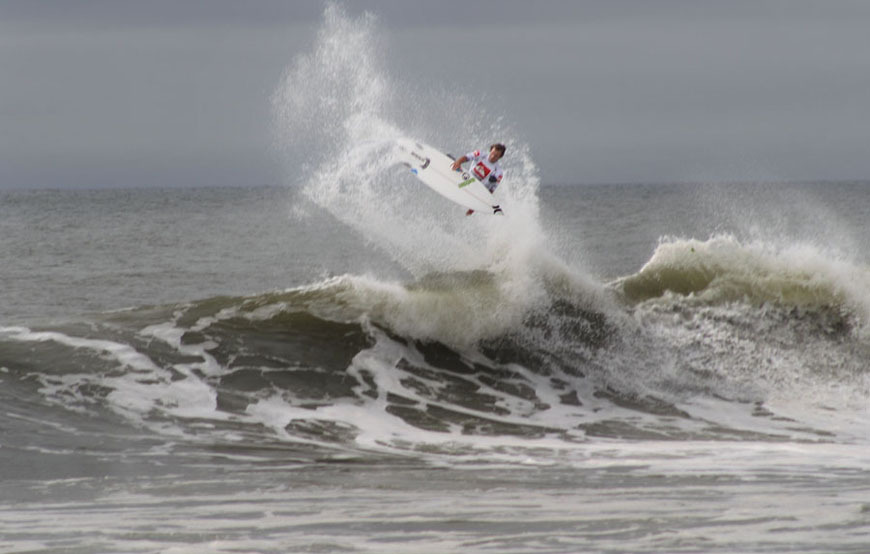 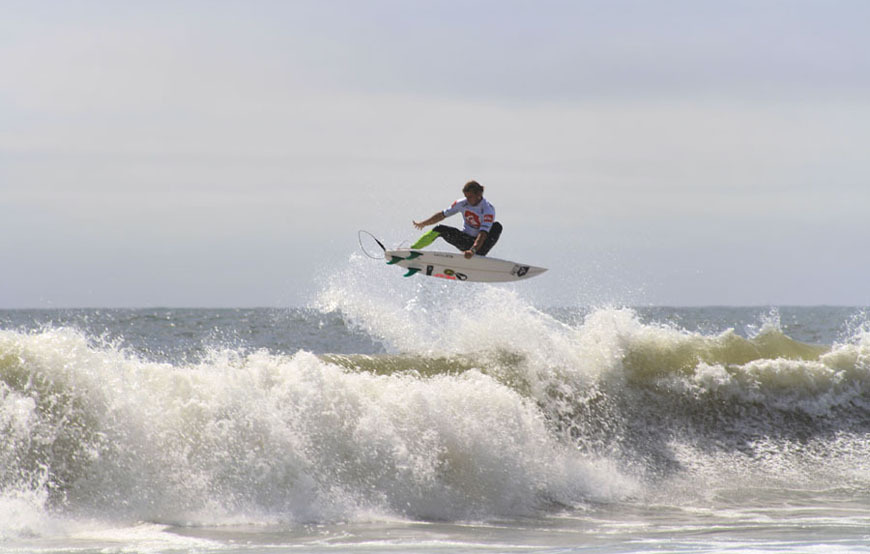 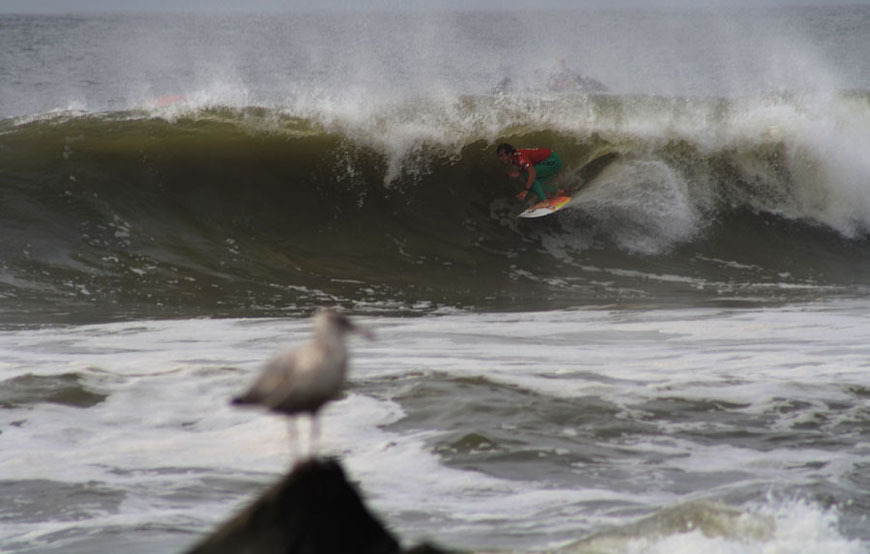 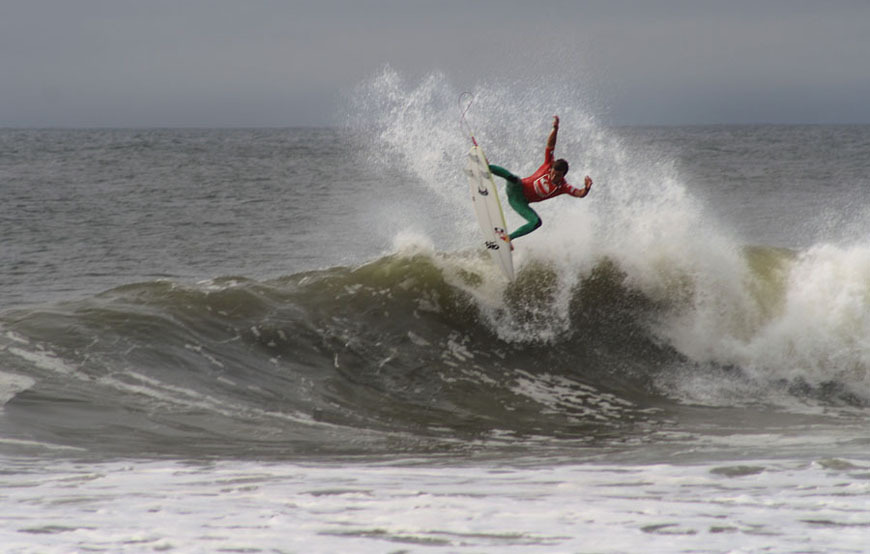 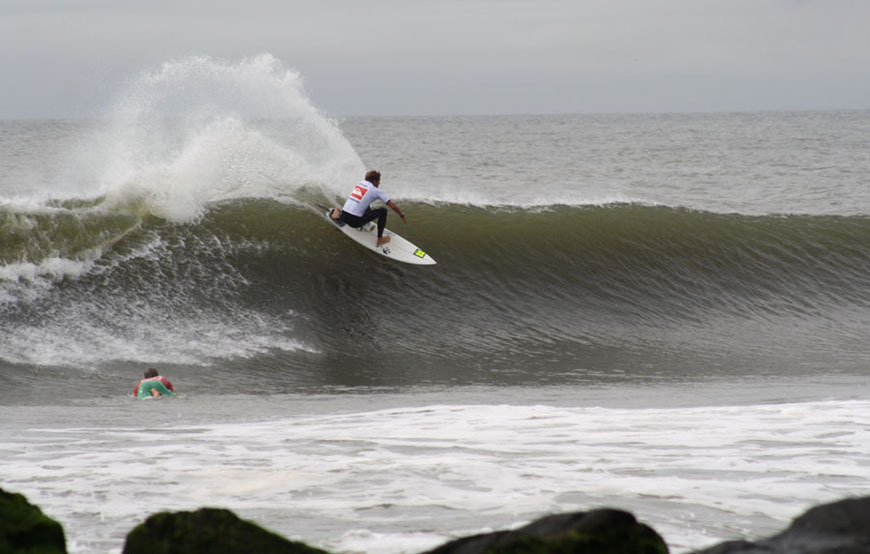 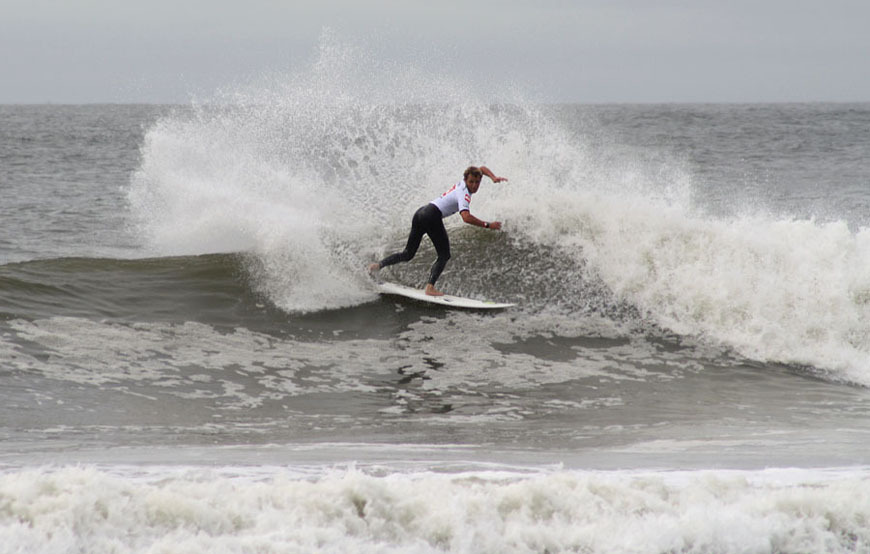 Stop No. 6 of 11 on the ASP World Title Series, today’s Quiksilver Pro New York competition saw non-stop action as the ASP Top 34 put it all on the line at Long Beach, chasing the ASP World Title, the historic US$1,000,000 prize purse and crucial points to secure their position amongst the elite prior to the midyear rotation following the event.

Josh Kerr (AUS), 27, clawed his way back in Round 4 after Kelly Slater (USA), 39, took a commanding lead with a 9.37 for a big frontside alley-oop. The progressive Australian answered with two airs of his own: The first, a massive backside varial to the tune of 9.57, then another, lofting a gigantic alley-oop for a 9.70 to overtake the reigning 10-time ASP World Champion and advance directly through to the Quarterfinals.

“I can’t believe it just happened like that,” Kerr said. “I didn’t expect to make that varial and when I did I thought, ‘it’s time to go now.’ Then I got one straight after it. I couldn’t have planned it any better. The fans are really cool and it’s great to be in New York with everyone screaming, it’s great. I definitely gained confidence from that heat. I’ve never beaten Kelly (Slater) and I’m just so stoked right now.”

Owen Wright (AUS), 21, went on a rampage against former ASP World Champion C.J. Hobgood (USA), 32, in his Round 3 heat, tearing through the high-performance lefts and rights at Long Beach. The lanky goofy-footer posted the highest single-wave score of the event, 9.80 out of 10, when he unveiled a ferocious, inverted backside air-reverse to solidify the victory and went on to take out his Round 4 heat in commanding fashion to advance into the Quarterfinals.

“I just went out there and knew it would be a hard heat with C.J. (Hobgood) needing a result and me wanting a result,” Wright said. “I was excited to get out there to have a good heat. I put together a good one and C.J. just didn’t find his rhythm. I really enjoyed it and had a really good time.”

Hobgood, a fixture on the elite ASP Dream Tour for more than a decade, needed to defeat Wright in their Round 3 bout to remain on the ASP World Title Series for 2011, but was gracious in defeat regarding the tough loss.

“At the end of it, I don’t want to be known as the 2001 World Champion,” Hobgood said. “I want to be known as a guy that loved Jesus and loved everyone and had fun and that’s it. It’s not a sad day for me. The waves are pumping and Owen went mad in that heat. Everything happens for a reason and I’m enjoying the beautiful day here today. It’s just awesome to be a part of.”

“I can’t believe it,” Alves said. “I’m so tired right now after surfing three heats and happy too. I beat Joel Parkinson and Mick Fanning. Thanks to God for everything he has given me. I’m looking for my best result, maybe I’ll find it here.”

Kelly Slater (USA), 39, current leader on the ASP World Title Rankings, rebounded after his Round 4 loss and took a convincing victory over Jeremy Flores (FRA), 23, in Round 5 despite the tough onshore afternoon conditions and the veteran surfer admitted the importance of advancing into the Quarterfinals while hunting an ASP World Title.

“The conditions are tough,” Slater said. “It has changed a lot from my last heat and with the rips from east wind, it’s a lot trickier, especially on the lefts. I was trying to find peaky mid-sized rights and wasn’t sure where to sit. Obviously you want to make at least Quarterfinals when you’re in position for a World Title. Maybe Owen (Wright) and Joel (Parkinson) are facing the pressure for that as well.”

Event organizers will reconvene tomorrow at 6:30am to assess conditions for a possible 7:30am start.

Highlights from the Quiksilver Pro New York will be available via http://www.quiksilverpro.com

Surfline, official forecasters for the Quiksilver Pro New York, are calling for Solid SE swell from Hurricane Katia expected during the second half of the week before fading headed into the weekend.