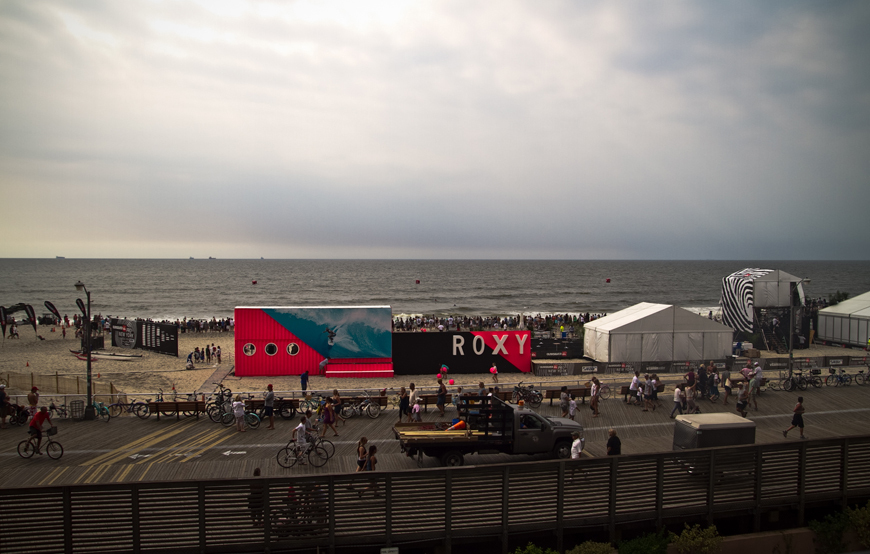 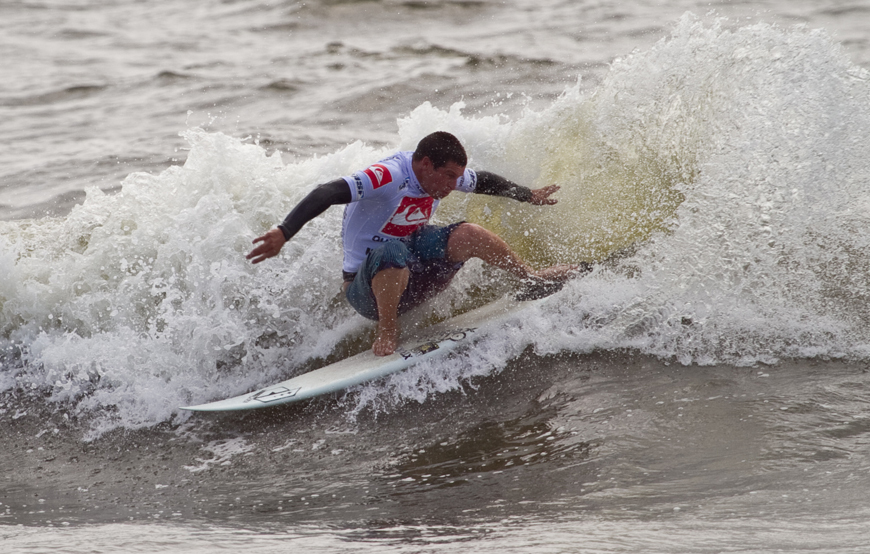 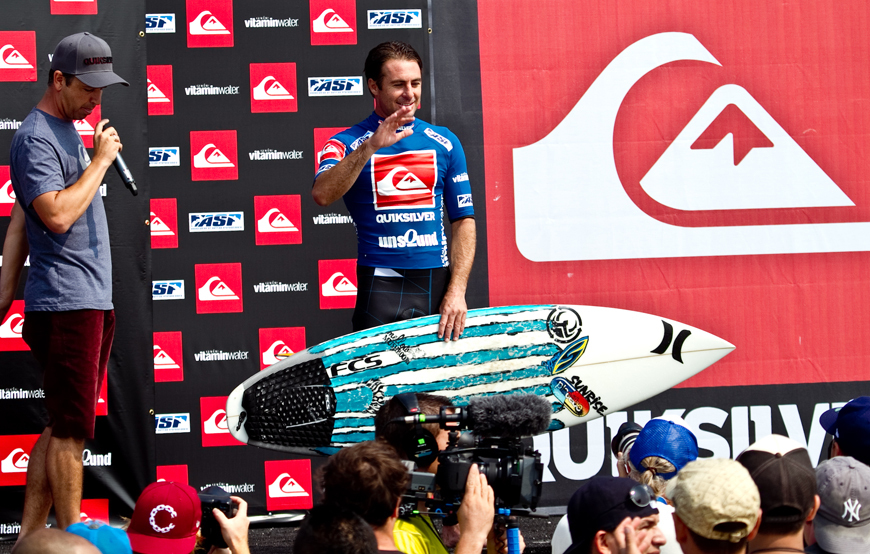 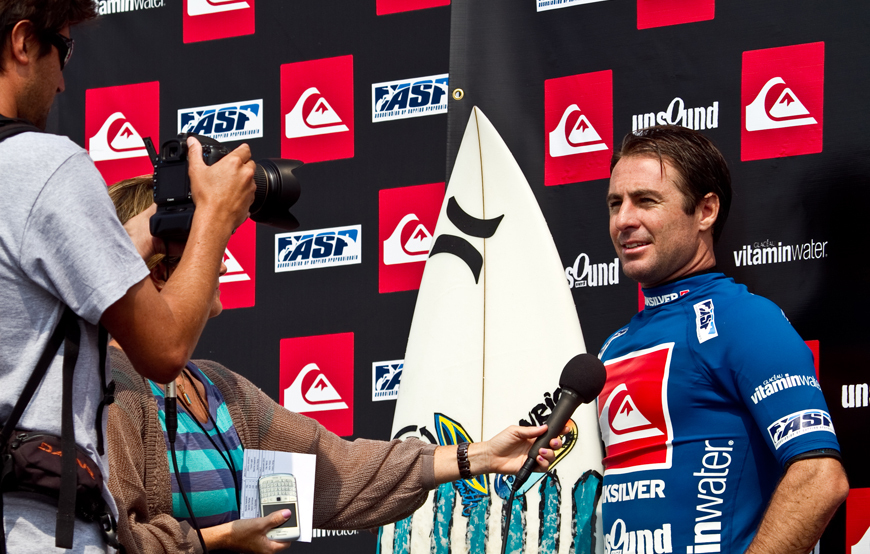 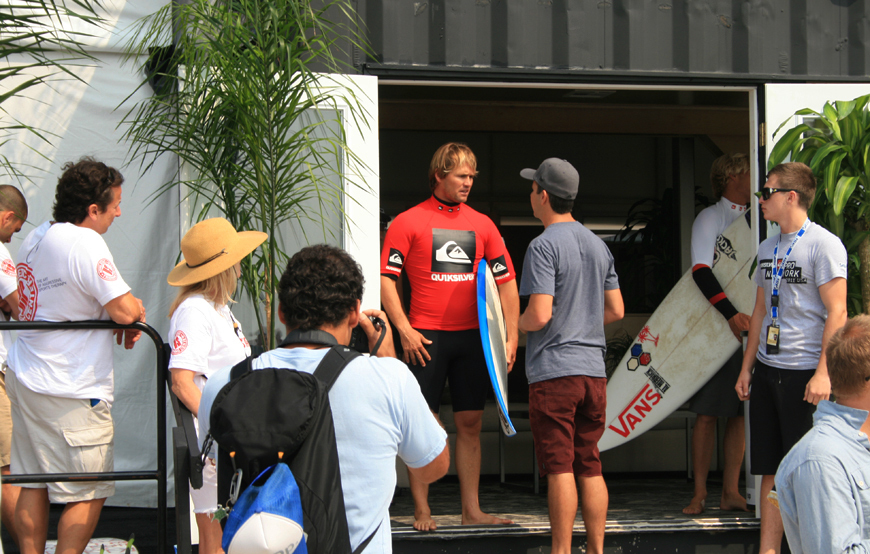 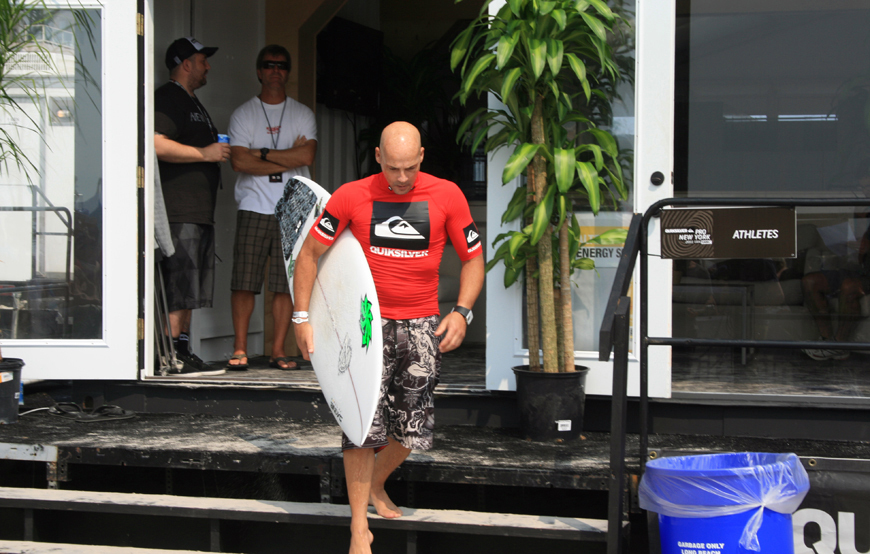 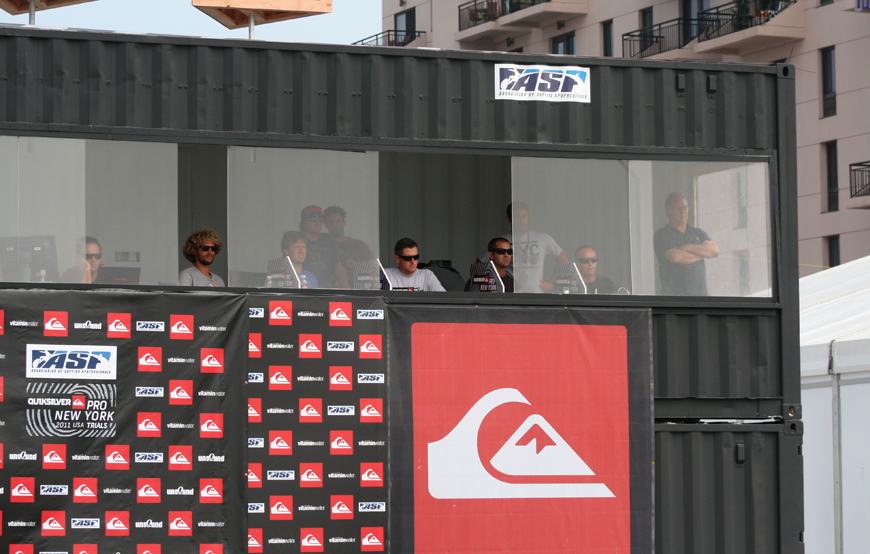 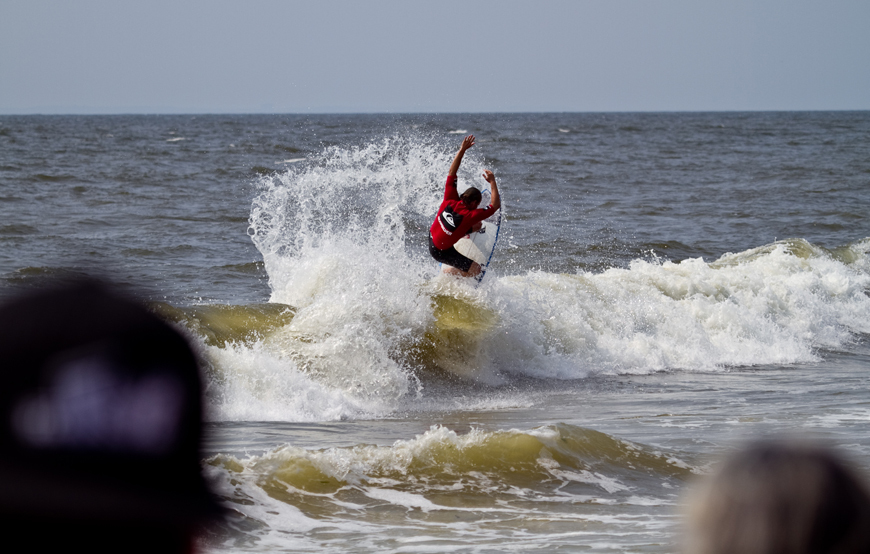 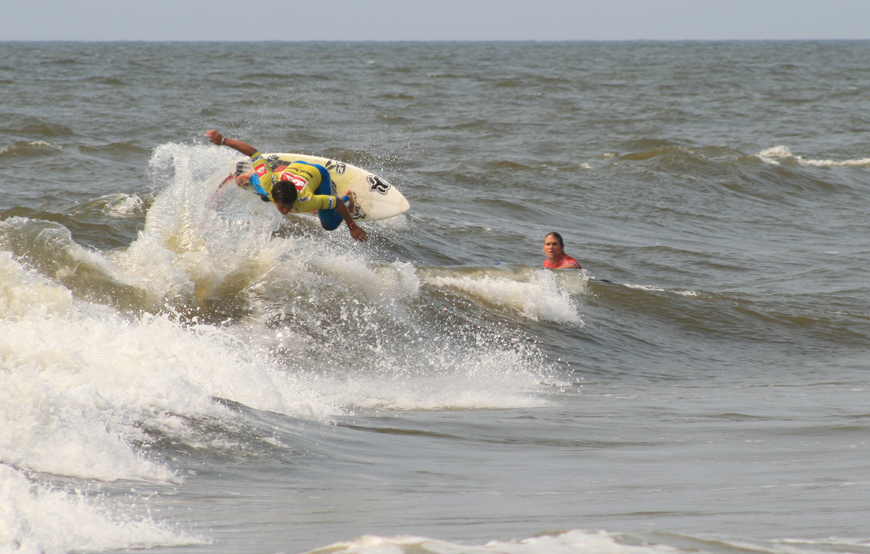 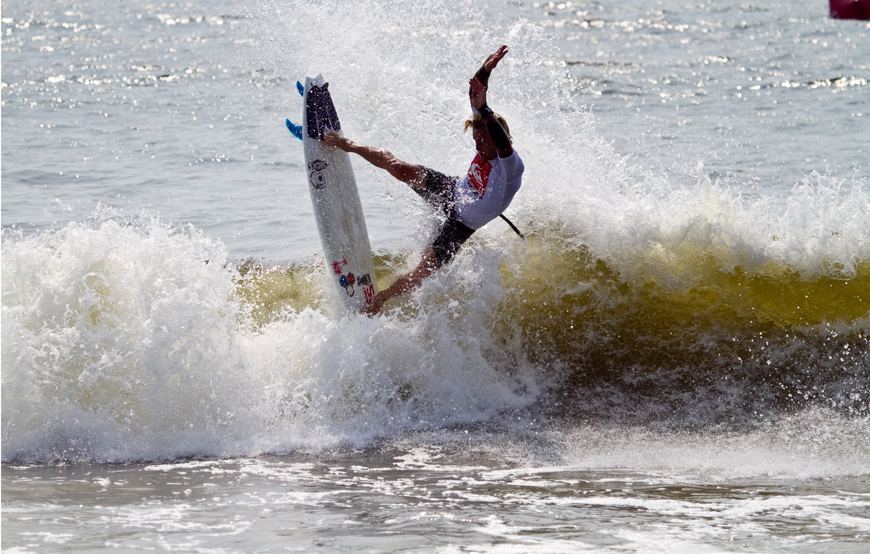 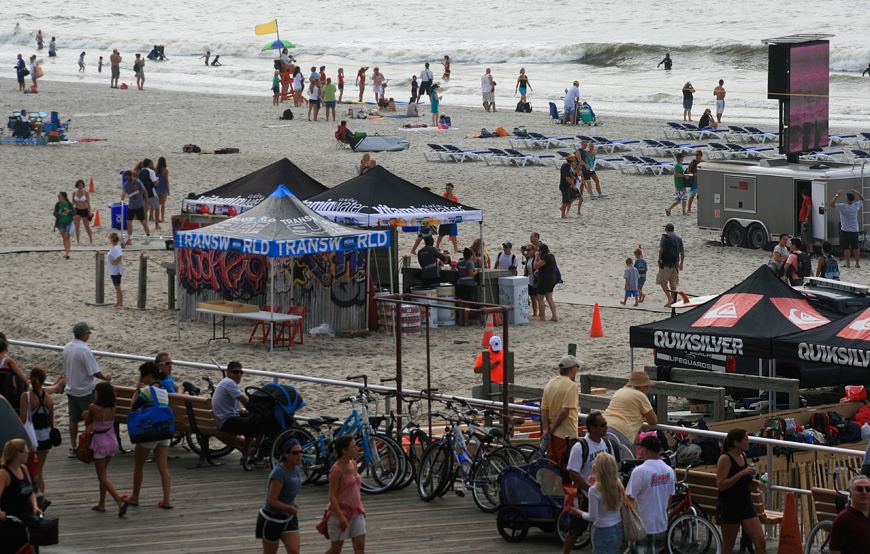 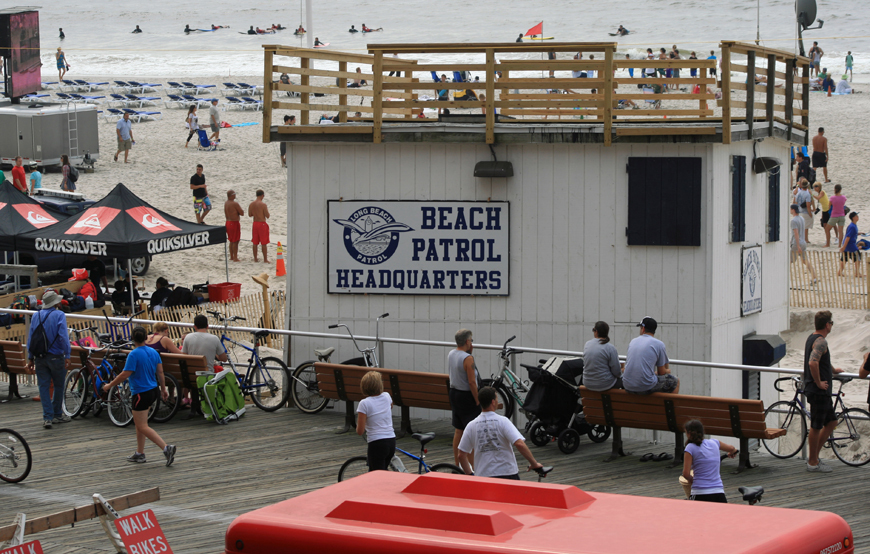 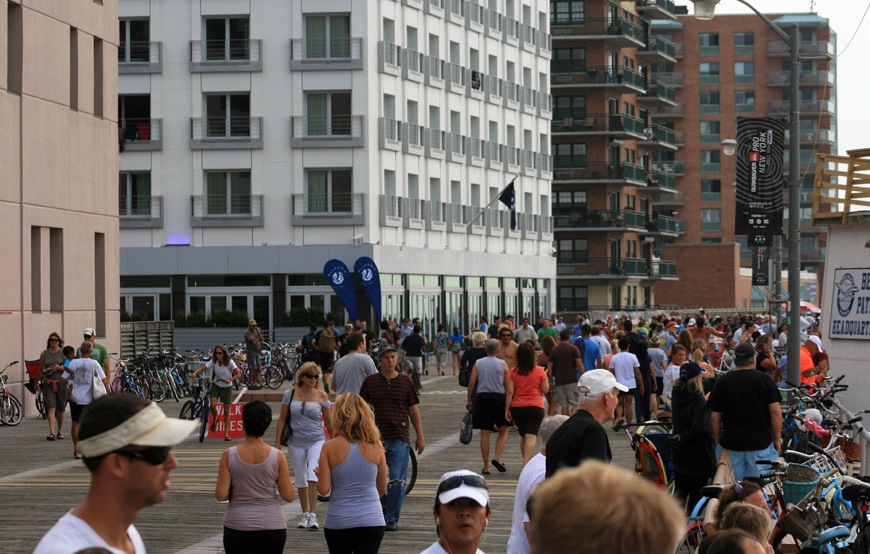 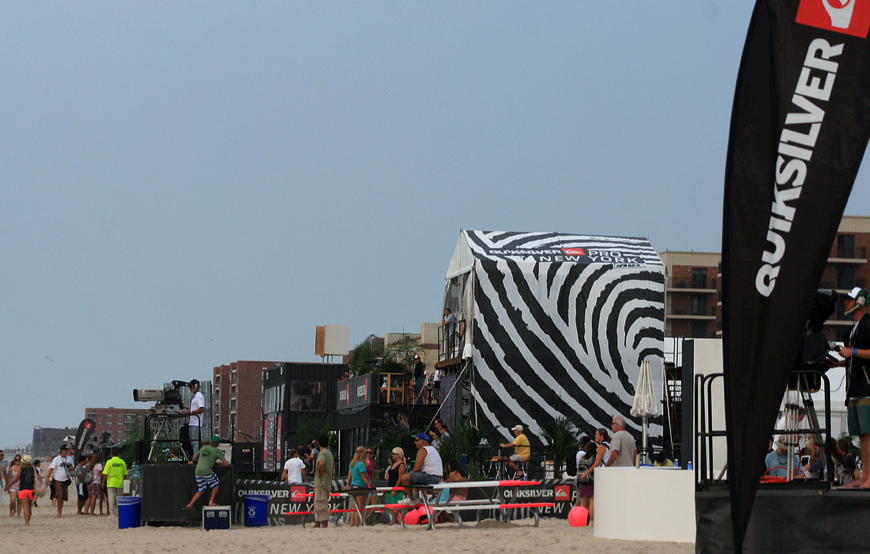 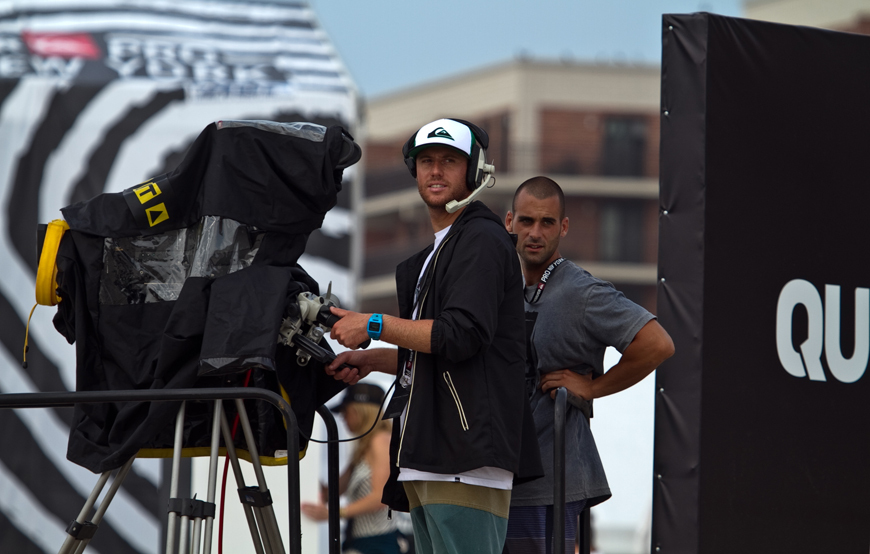 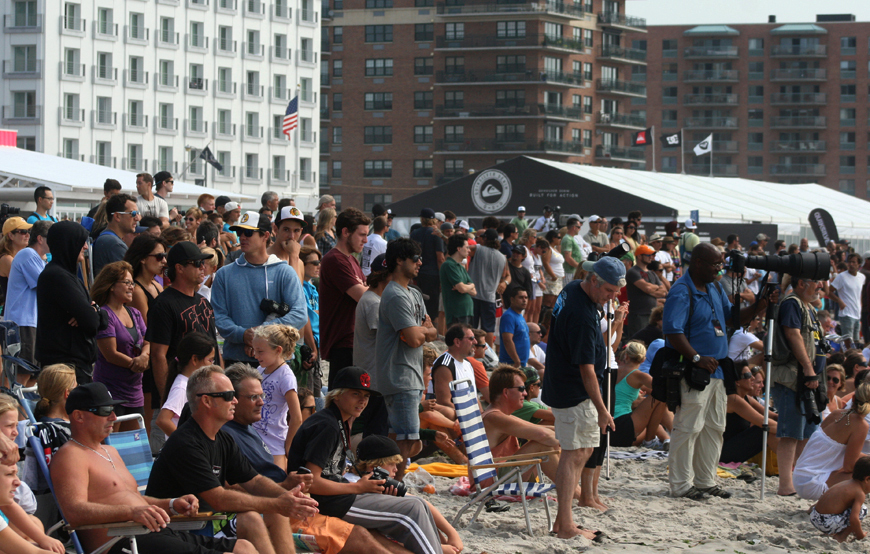 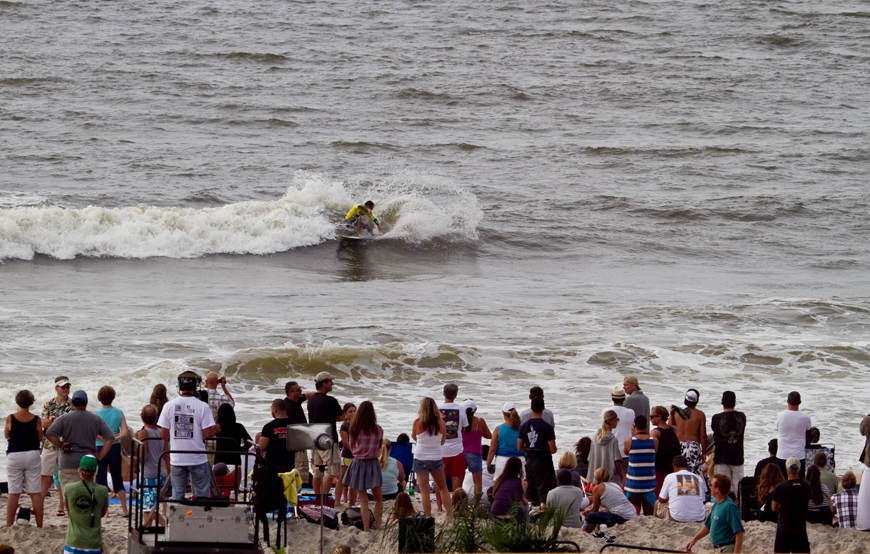 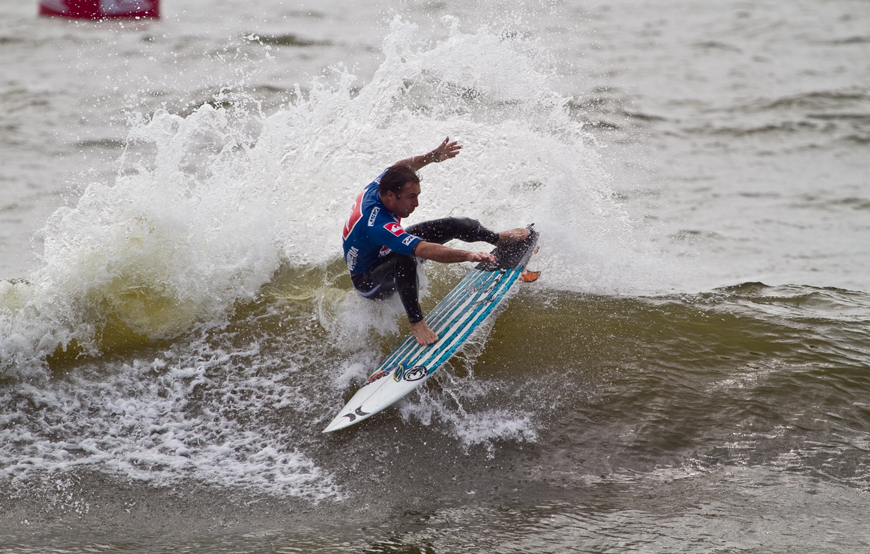 Nolan took out the final of today’s trials event ahead of Hawaii’s Keanu Asing, Australian Garrett Parkes, and Jeremy Johnston, from New Smyrna Beach, Florida. Waves were in the shoulder-high range and all four surfers traded waves for the full 25 minutes, much to the satisfaction of a hugely supportive Long Beach crowd of more than 20,000.

Nolan now joins local Long Beach wildcard Balaram Stack, who he is staying with this week, in the main event of the Quiksilver Pro New York. Nolan will be drawn against two-time world champion Mick Fanning (Australia) and Heitor Alves (Brazil) in his first round heat. Stack is drawn against 10-time world champion and current ASP World Tour ratings leader Kelly Slater (Florida), and Daniel Ross (Australia) in his first heat. The pair are guaranteed a minimum prize purse of $11,000 but will be aiming to work their way closer to the winner’s $300,000 pay day.

“I knew it was going to be really difficult today because of the conditions,” said Nolan after winning the final. “The 15 other surfers (in the trials) were really good surfers too. I was just taking it one heat at a time, I wasn’t thinking about winning the wildcard.

“I’m excited to come to NY. I’m ready to hang out with my friends, surf, go to the city, have a good time, so it’s really a win-win situation no matter what.

“I knew I could surf these waves. I’ve done well here before. I don’t compete as much as I used to, but I know that I can do it. This is awesome.”

Nolan has been a three-time finalist of the UnSound Pro, an annual rated event at Long Beach, so has plenty of experience at the break.

Main event competition could start as early as tomorrow, when a new swell will start filling in. The surf forecast looks very promising for four consecutive days of competition that could mean a final as early as Thursday. Check www.quiksilverpro.com at 7am each day for the status of competition.

There will be an Official Opening Ceremony at 11am at the beach event site, end of National Boulevard by the jetty. All ASP surfers have been invited to attend. Mel Pu’u and Titus Kinimaka, Hawaiian ambassadors of aloha, will host the ceremony and perform live music sharing the spirit of surfing with the Long Island surfing community.

Main Event Round One Matchups: