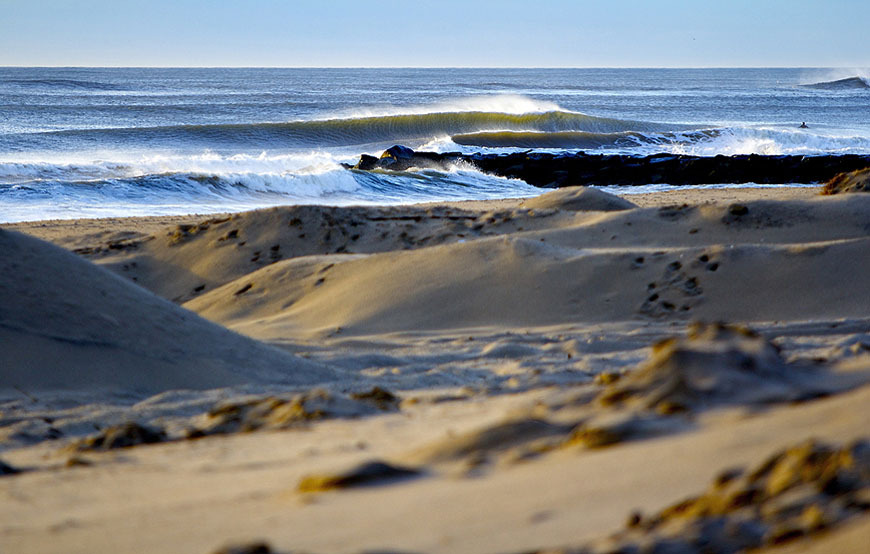 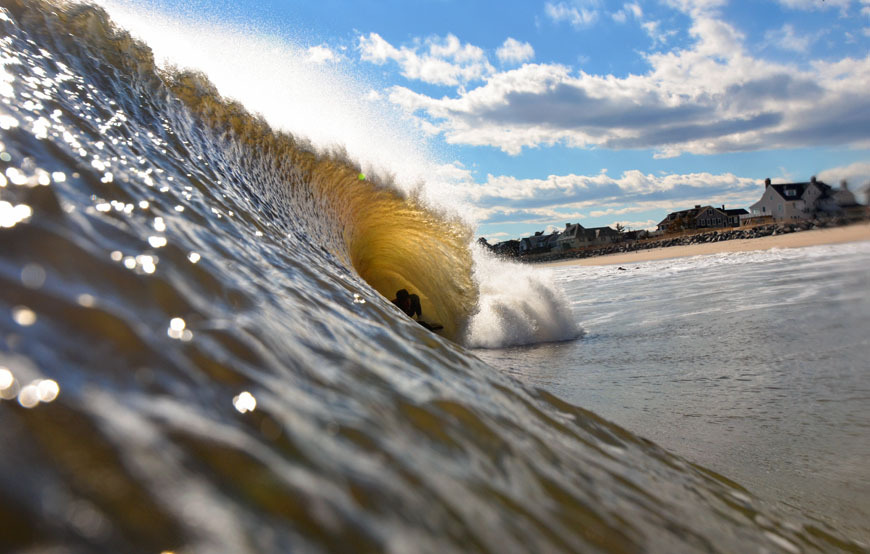 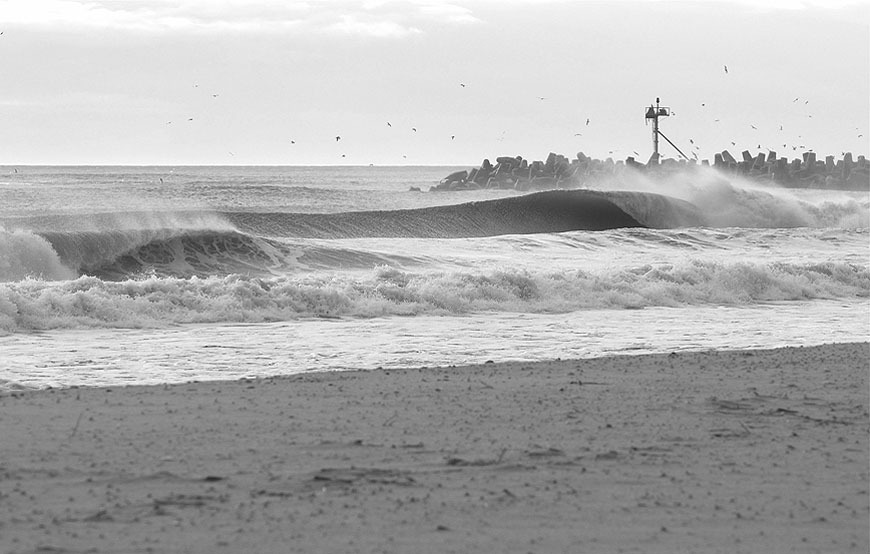 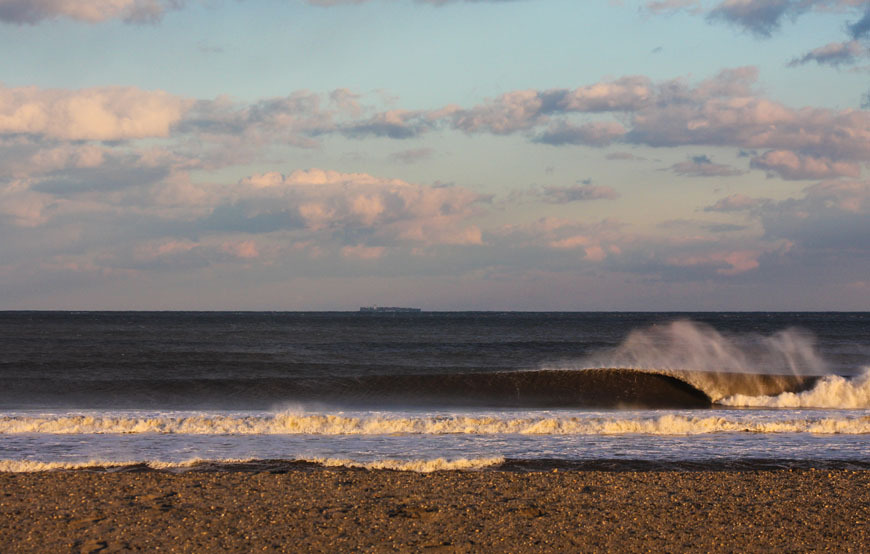 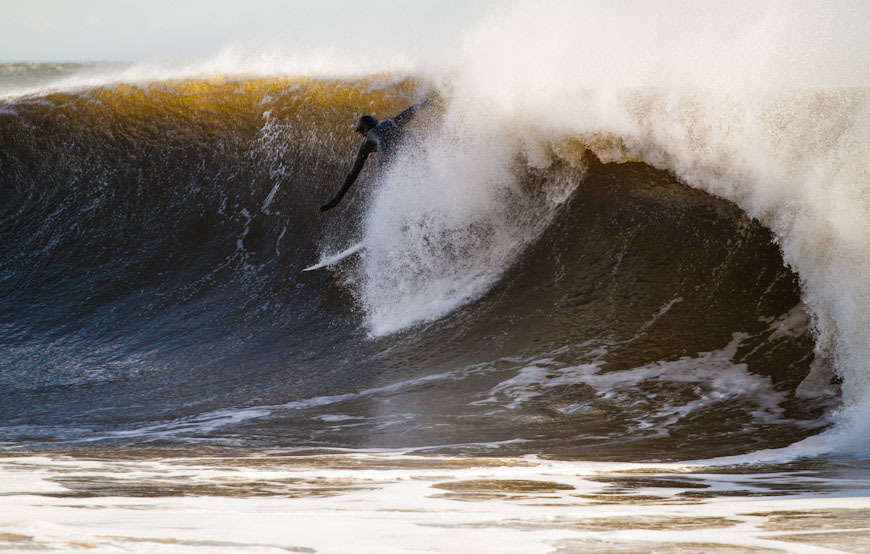 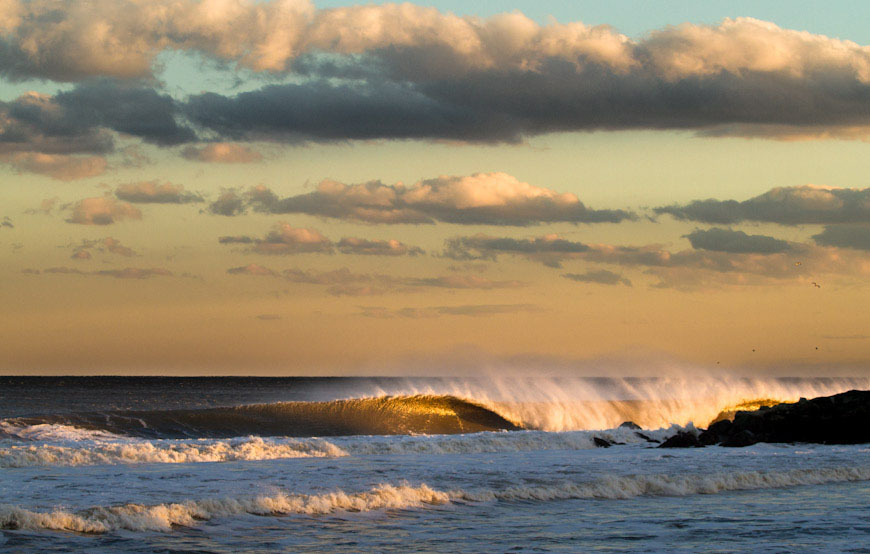 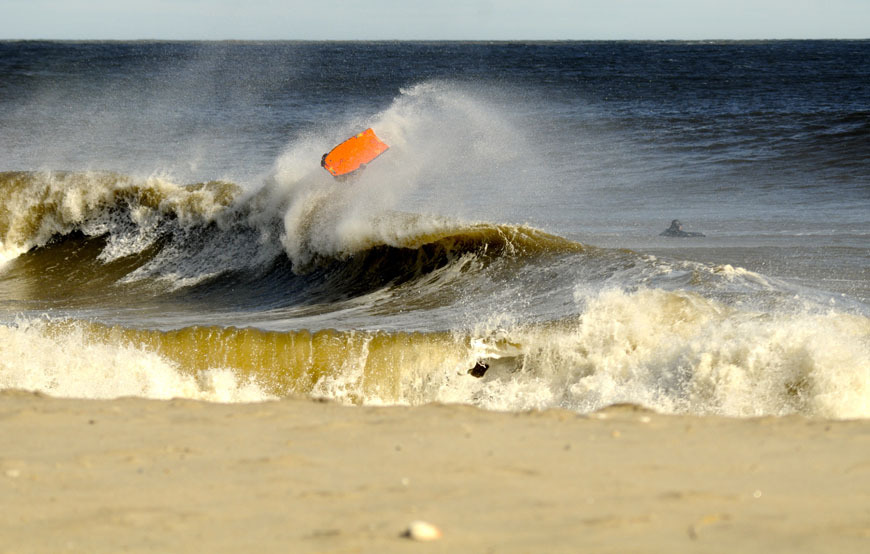 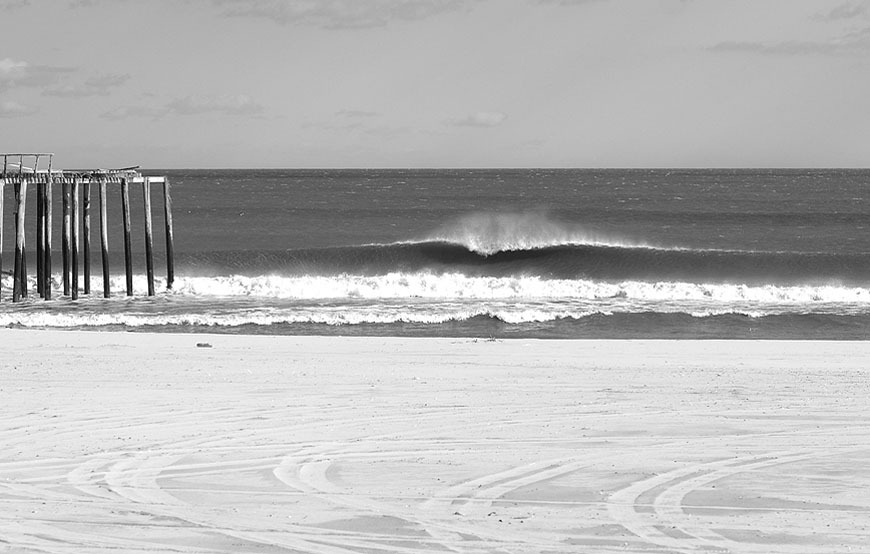 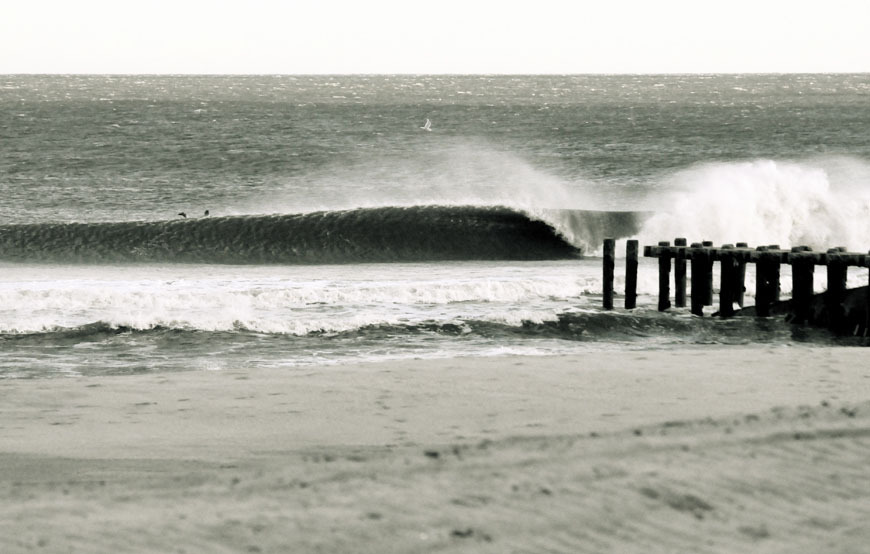 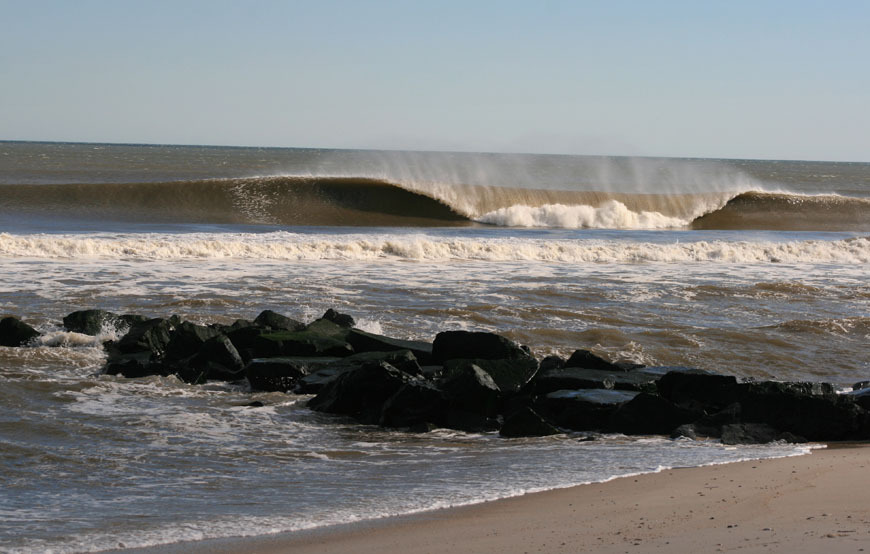 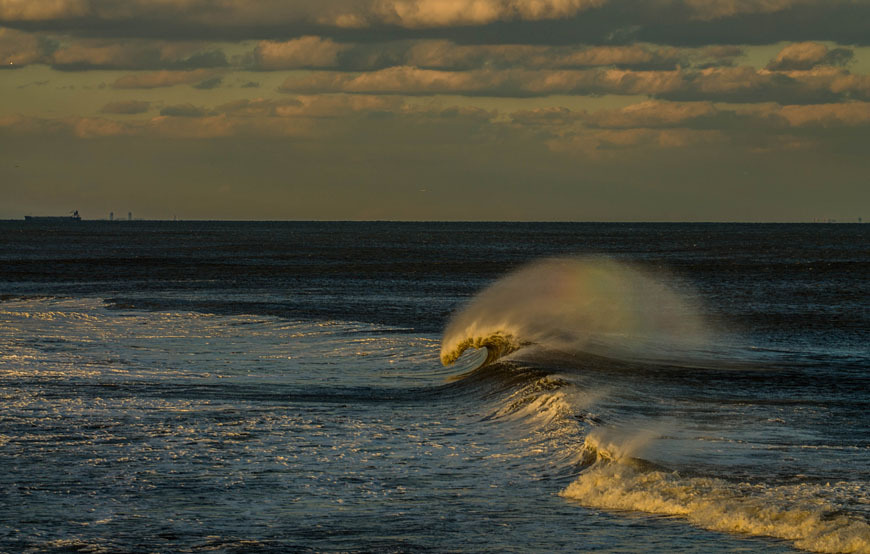 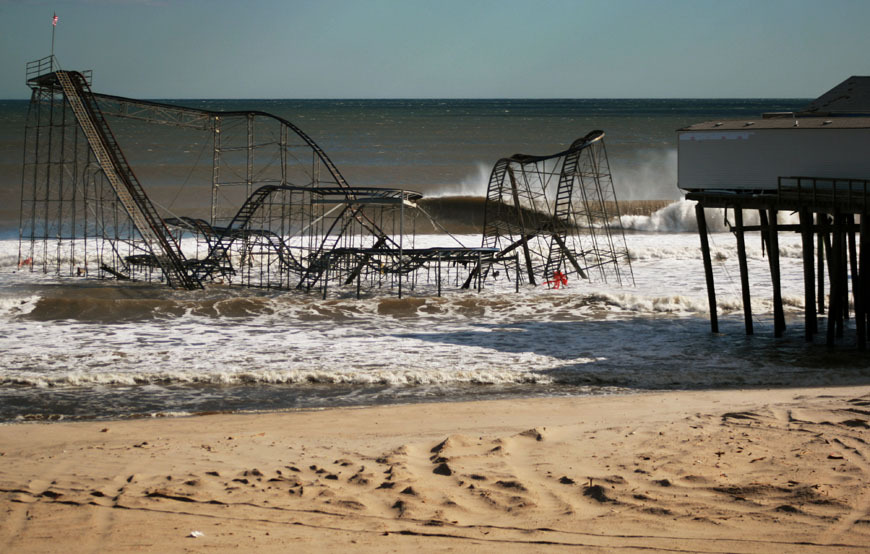 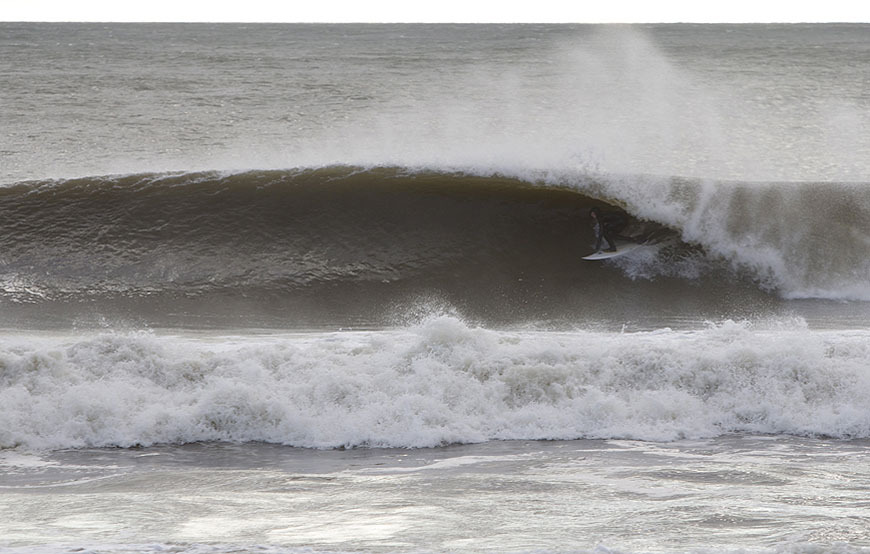 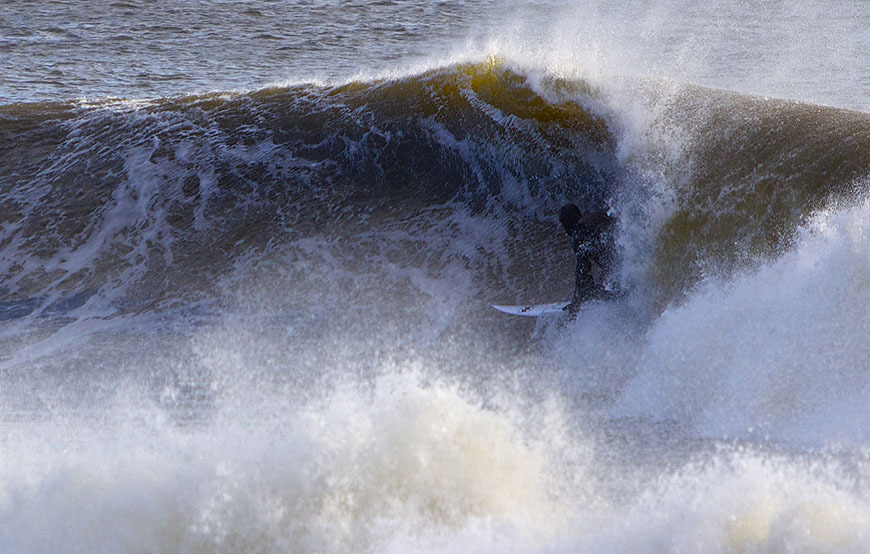 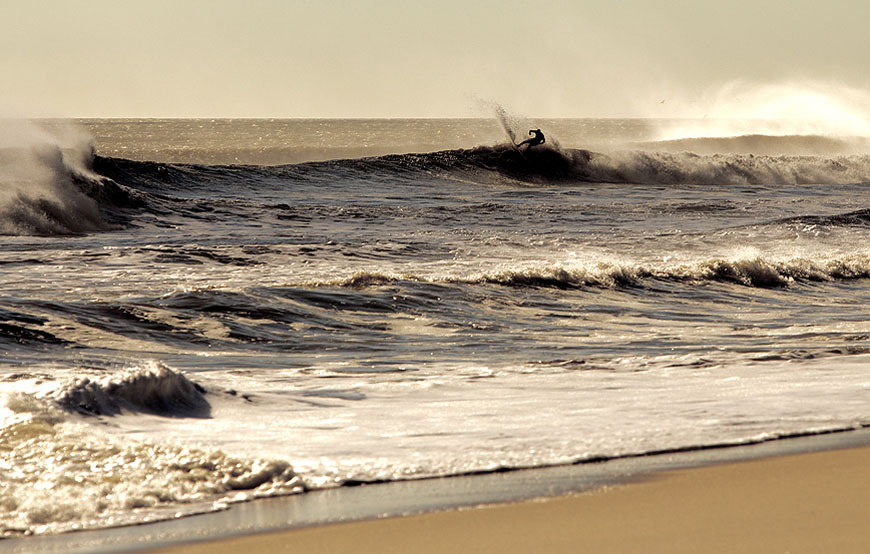 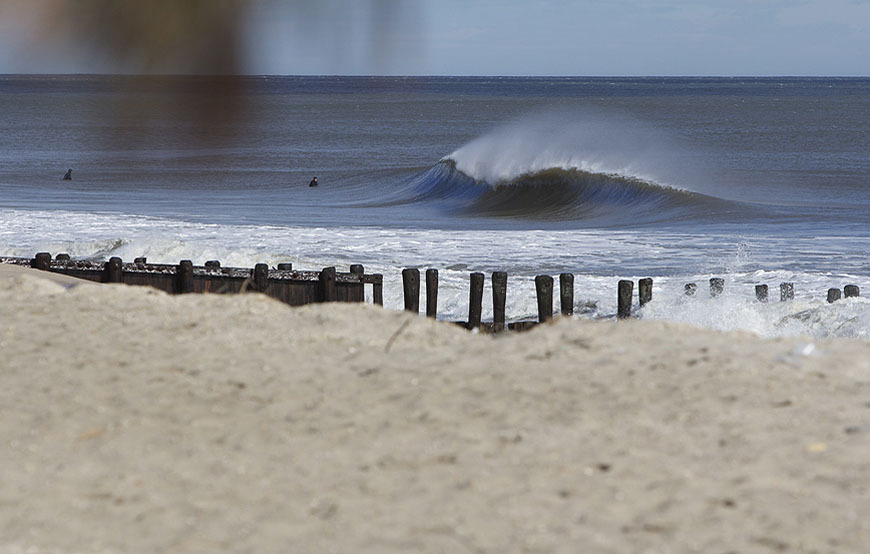 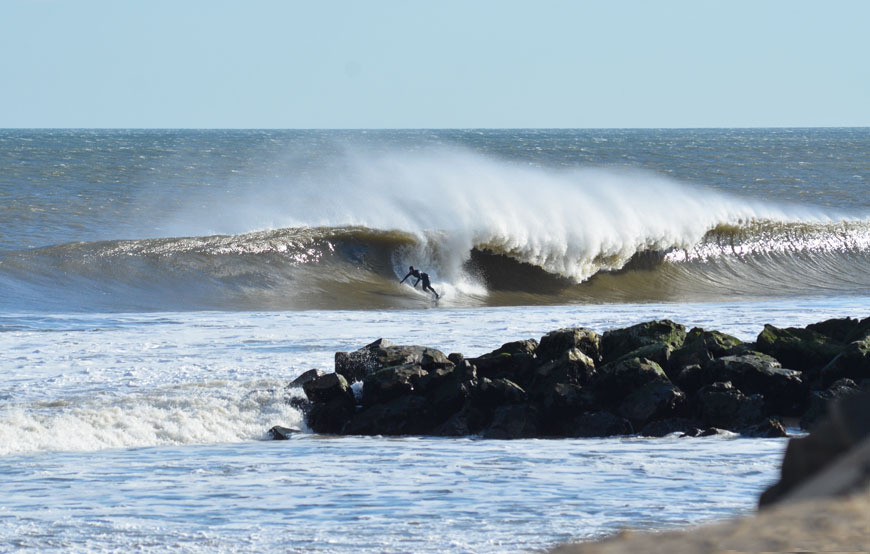 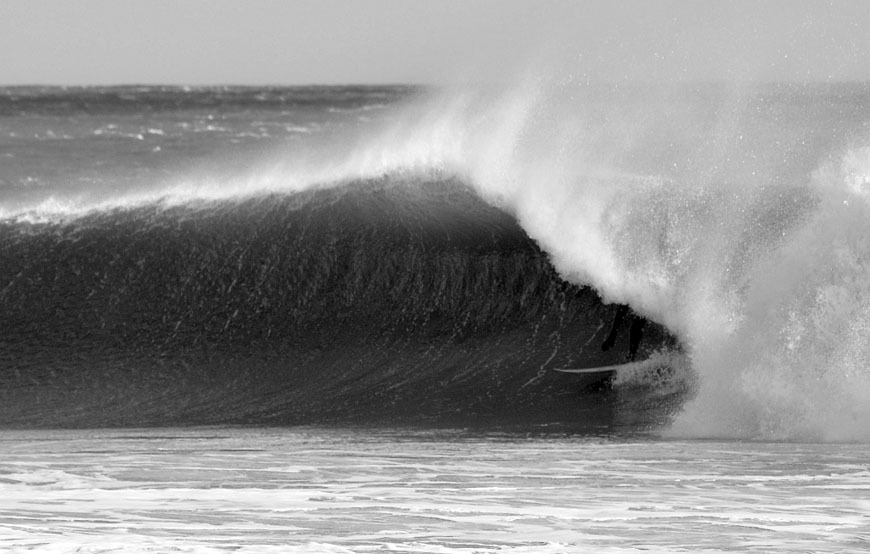 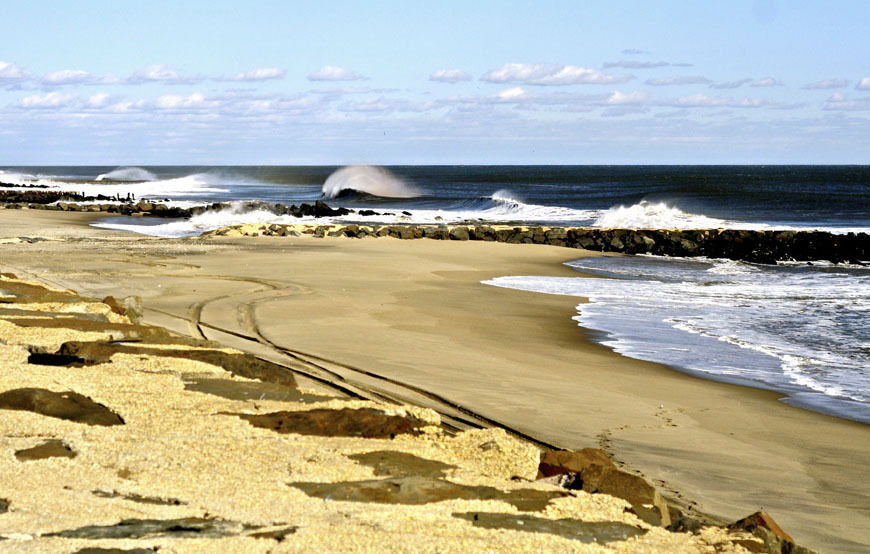 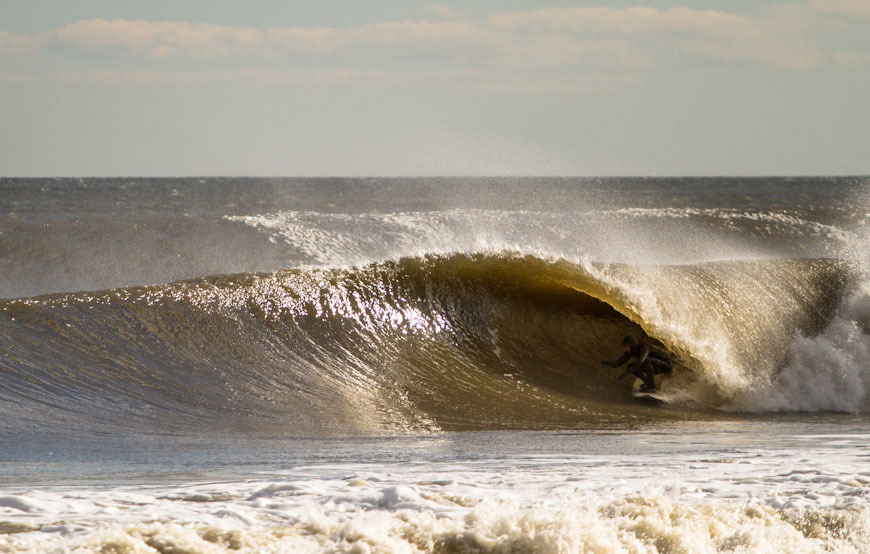 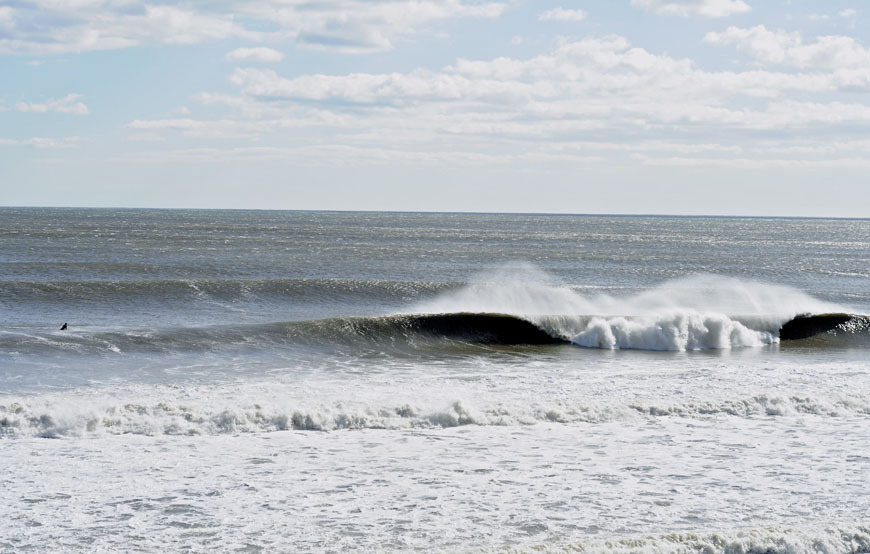 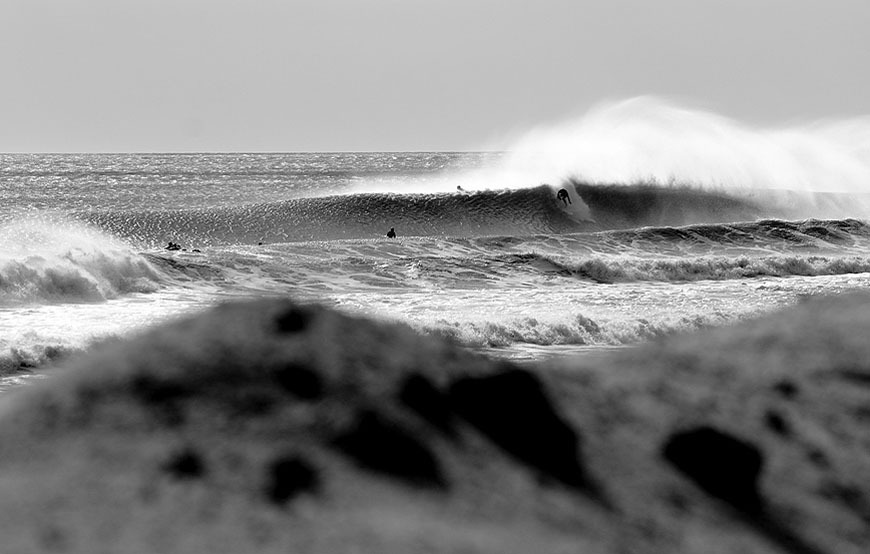 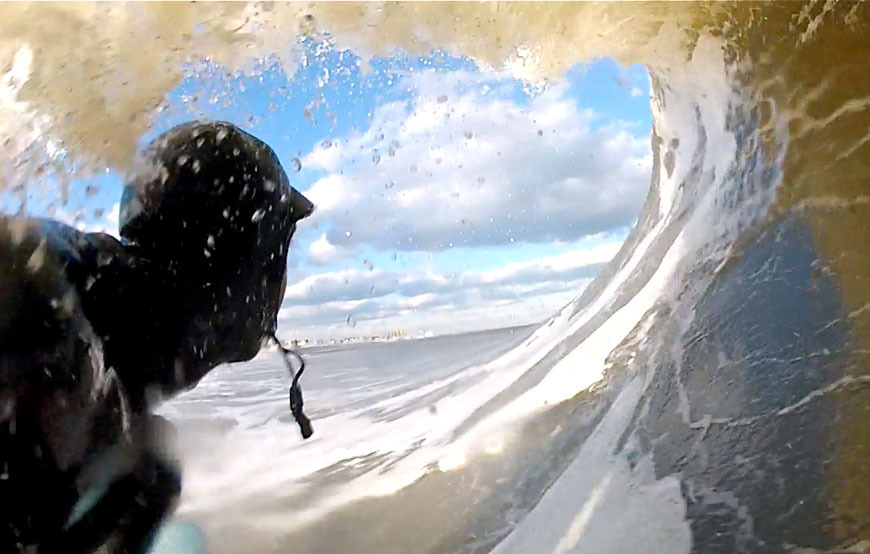 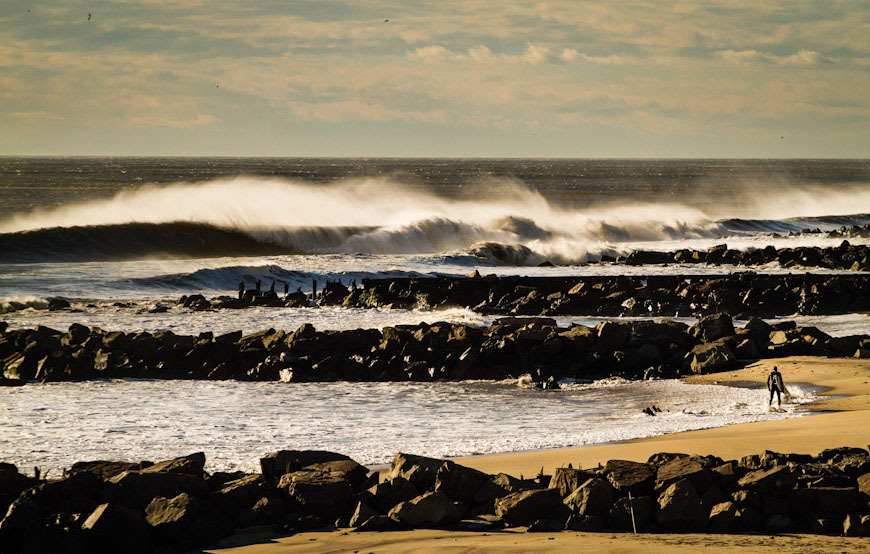 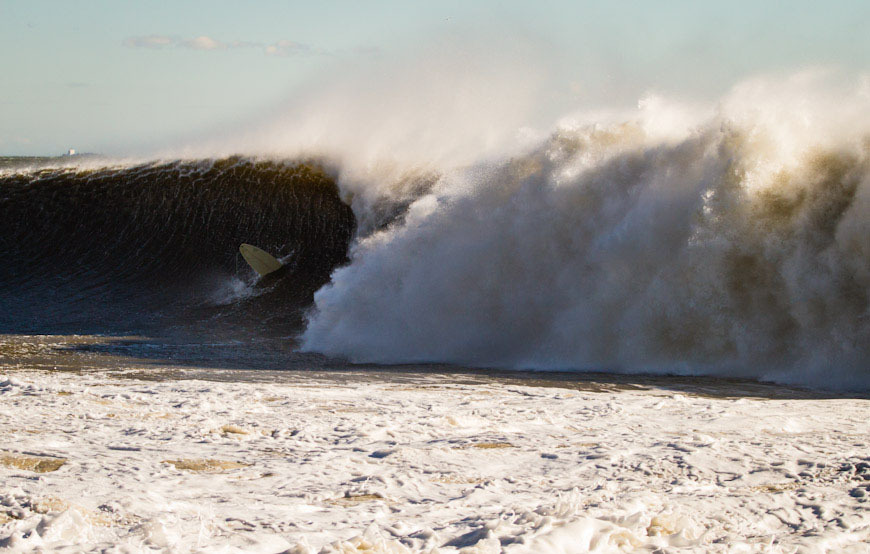 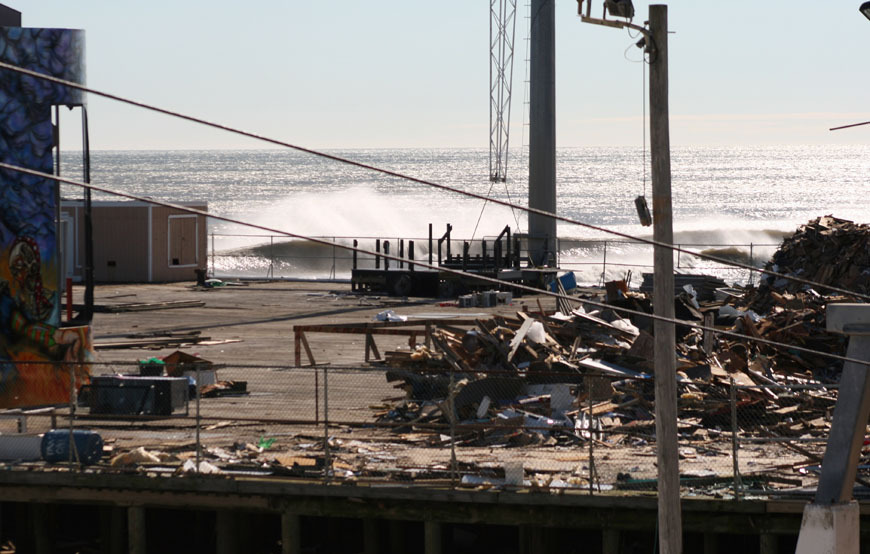 This January went down as one of the worst months of surf in the Mid Atlantic… EVER.  Granted, there was a decent session around mid-month, which was a whopping waist high with inconsistent belly high sets.

There weren’t even any live webcasts happening or local content coming through anywhere to keep us stoked!

Just when we all seemed to have lost hope, a nice winter storm blew through, the night of the 30th, mixed with a significant South swell and brought some juice to the beaches of New Jersey and New York.  Waking up the following morning, New York turned out to be victory at sea with gusty sideshore winds.  New Jersey on the other hand was magical. Straight offshore winds, warmer air temps than most of the month and a steep angled South swell that got better and better as the morning high tide started going back off.  The surf was a solid 4-6ft with a few larger sets further North.

Some say this was one of the best swell’s we’ve had all winter.  In comparison to the Doomsday swell and the December 27th session… I say this one was a bit more predictable, more lined-up and was an easier paddle out by far!