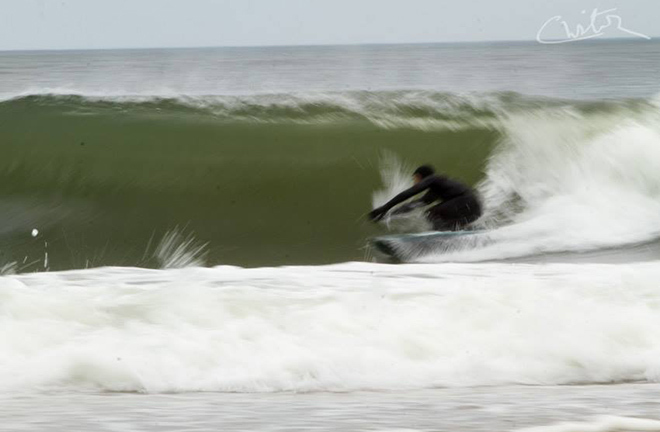 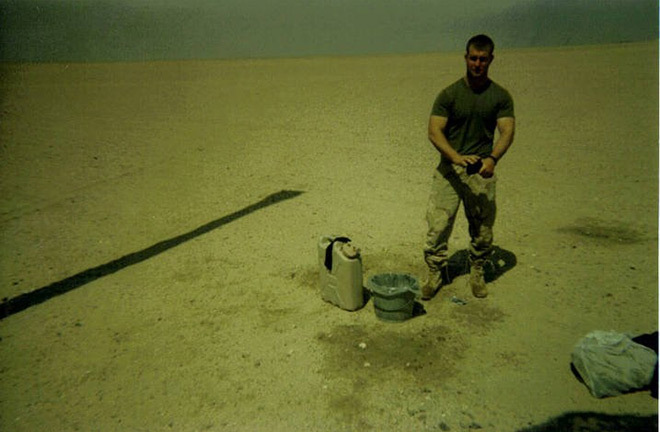 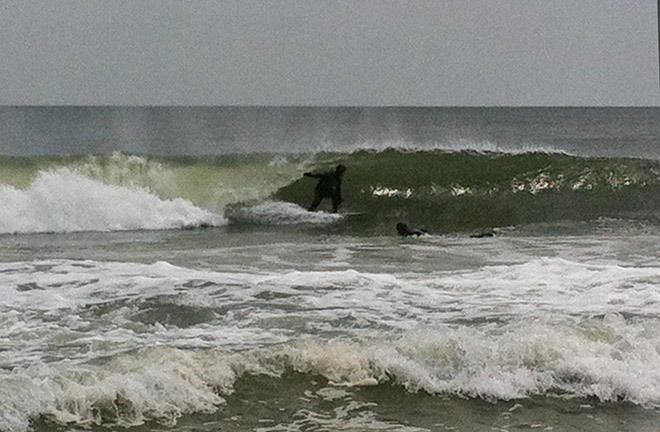 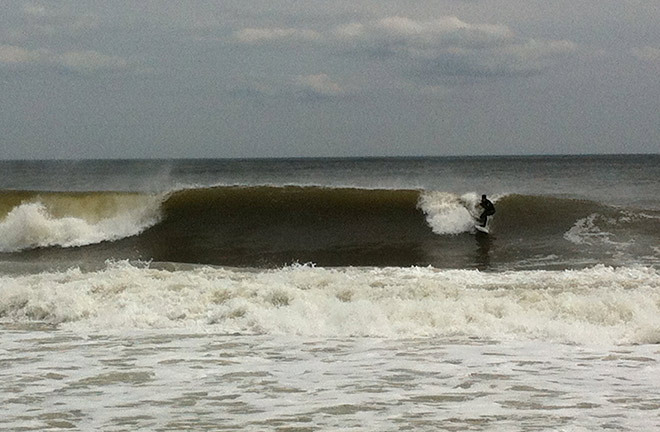 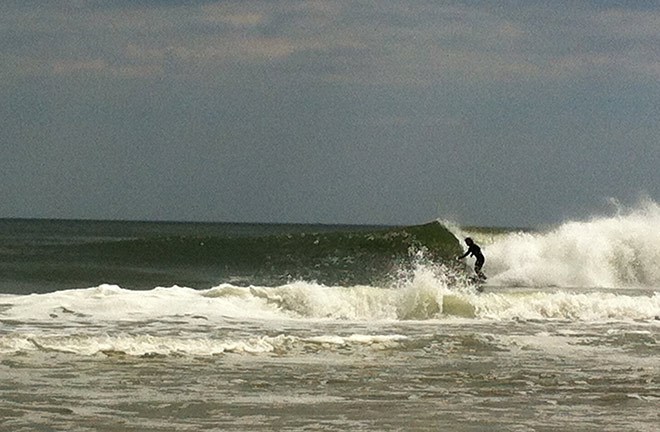 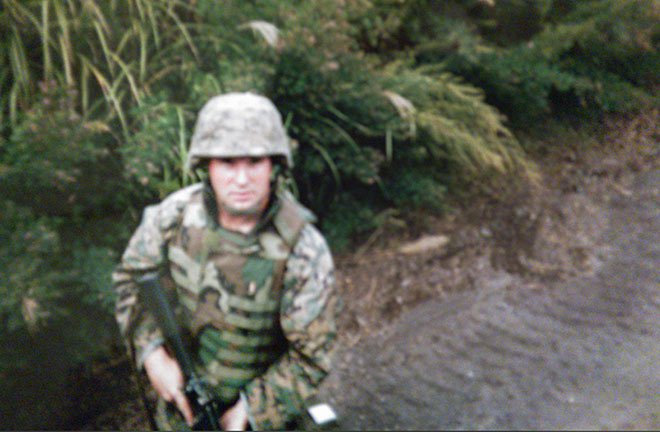 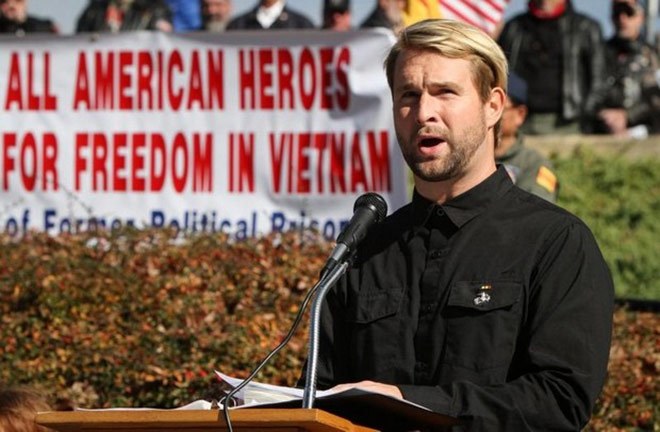 Imagine waking up almost every night in fear for your life. Picture yourself as a soldier who went to Iraq and did things that most of America could never do or even imagine themselves doing. You do these things to ensure that yourself and the Marines next to you, get to breathe the following morning.  You fire cannons that destroy enemy safe houses and anyone close enough to the target, you do house to house patrols in Bagdad searching for evil insurgencies amidst gunfire, and when people try to extinguish your life- you fight through the crippling emotion and fear of death to ultimately end those bad men from succeeding.

You complete your combat tour and don’t have time to think about what war does to you because you immediately start training to go back to that sandbox where death is a constant fixture. In Iraq; where life is so drastically different from American society- that women are persecuted and deemed adulterers after they have been raped. A dark, backwards world exists in which terrorists and radical Islamists cut people’s heads off with less remorse than a sporting hunter mounting a taxidermy trophy on his wall. But you can try and comfort yourself in the fact that you honestly believed you were helping the Iraqi people and fighting for the men next to you. Your unit helped trained the newly appointed Iraqi Protection Force in hopes that their children will not have to live their lives in a hopeless despair that would only be fitting in a horror film. You fall back on your marine training and drink, fight, and self-medicate in between war simulation exercises so that you don’t have to stop and think as to why you and your brothers in arms are so completely twisted up inside.

Then while training in the desert of Palm Springs California just three months after a combat tour, your gun truck towing a 16,000 pound howitzer cannon rolls off a sand cliff, and you and the twelve marines riding in the back of the flatbed narrowly escape death.  There are broken bones, collapsed lungs, and crushed spirits because you were already being pushed to your emotional limits as a human being. It is a traumatic event but you don’t remember anything but the truck rocking before it flipped. You wake up after fourteen hours of being unconscious in the 29 Palms Marine Corps Base Hospital. The side of your forehead looks like a small airbag deployed beneath your skin and there is dried, oily blood painted out of your left eye, ear, and nostril. Neck brace and hospital gown is your attire, which have to be changed frequently because you can’t stop throwing up long enough to understand what the hell you have been through. And even though no Marine in your unit will dare speak about the pain they have been experiencing since Operation Iraqi Freedom, you and your boys most likely have Post Traumatic Stress Disorder.  Sadness, uncontrollable rage, disorientation, depression, anxiety, and sleepless nights are symptoms of many of the devil dogs in your battery. You are a time bomb waiting to be fused. But you now have a traumatic brain injury. You are lucky to be alive. You were extremely fortunate that when your brain was rocked, releasing a leaking fluid that causes brain damage as soon as it touches your brain tissue- miraculously ran out of your ear, eyes, and nose.  Over time you take memory, speech, cognitive, and recognition therapy to fake your way back to active duty. The doctors fill you with narcotics as you fire M16’s, .50 caliber machine guns, and MK 19 grenade launchers. Ironically you become one of the best artillery gunners in your battalion. But that’s the only thing you are good at. You believe the hype and fool yourself into thinking you are fine.  And you manage to fulfill your active section of your enlistment honorably and go home.

That is me. I got home off active duty in 2006 and waited until my reserve duty status was complete in 2009. But the whole time I refused to acknowledge why I had doubling and overlapping symptoms of PTSD and TBI that were controlling my life. “What if I get called back to combat duty during my reserve status,” I questioned myself. I convinced myself that I had to be ready. I had to fake it more than ever because I couldn’t allow myself to freeze up and get my marines killed, in the chance I got called back to a combat deployment. Sometimes it’s easier to believe a fantastic possibility than break down and deal with the truth.

I was surfing on the morning of the September 11th 2001 attacks. I was in Deal, NJ when the lineup I was surrounded by noticed the huge clouds of smoke racing down from the north along the shore line. I joined the Marines shortly after. As a kid I was a pretty decent surfer and even got to wear a local surf shop’s team sweatshirt, although all it really meant was I received 10% off all purchases. The whole time I was stationed in California my base was ten minutes south of San Clemente. But I surfed three times while on active duty because I was such a soldier and motivated leather neck that anything positive outside of my marine mentality was never even thought off.

But when I was actually done with my reserve status, when I finally received my honorable discharge on November 9th 2009, one would think that I would finally be able to deal with the harsh realities of my issues and nightmares. Instead I drank and over medicated to block out the pain and numb myself from the memories of Iraq that were running on a replay loop inside my head. I never stopped thinking about the war even though I was years removed from it. I gained weight and lost motivation. In between Veteran’s Affairs appointments for therapy for my brain injury and meetings with doctors in which they insisted I should talk about my paralyzing feelings left from combat- I was even more of a mess then when I was still active in the world’s fiercest fighting machine.

One cold winter morning I was recovering from a bender. The day was freezing, grey, and illuminated by a light snow fall. I found myself watching the waves break in Long Branch, New Jersey as a handful of surfers in hooded five mils fought through the conditions and got to express themselves creatively with each bottom turn and backside hack. I had forgotten that feeling. I actually had forgotten what anything truly positive felt like without it being artificial, prescribed, or ingested. One of the dudes took a nice waist high wave, cruised down the line, and did a little floater off the top before running back up the beach and towards his soon to be warm vehicle. As he got closer I realized we knew each other. Before the Corps he was my best friend since infancy. His infectious smile as our eyes met confirmed that even though I was lost, our friendship would always be the same.  “What are you doing,” he said to me. I struggled to talk, at that time I was an emotional nutcase and overthought the terrible things in life instead of just living. “Nothing man,” I returned with.

He didn’t need to ask if I was hurting because he knew after ten seconds of looking at me that I was. Then, in a blunt and definitive way my buddy said, “You used to rip. Get back in the water dummy.”

So I did. But because of my brain injury; my balance, equilibrium, and athletic ability will never be the same. But since that day in 2009 I have made surfing not just a reclaimed passion but a therapeutic necessity. Most days I can’t surf like I used to because of my brain issues. Those days are tough on me because if I can’t walk straight and my brain hurts, my surfing drops exponentially. But some days I actually surf decent. And those days keep me going. The feeling one gets from dropping into a drainer during a freezing winter swell in NJ is the most beautiful serotonin boost that the universe could have possibly created. Your five mil has been flushed, your gloves and booties aren’t working anymore, and you have a constant Ice Cream headache.  But all the pain, all the nightmares, and all the tragedy in your life instantly disappear for the time in which you are riding the face of that wave.  And that is an addiction that I will gladly be a slave to.  Surfing gives everyone a chance to feel something deep and meaningful, no matter what demons they are running from.

A lot of people think surfing is a selfish sport- where conceited lifestyle- pro’s drop in and fade the man with the inside track. We all get dropped in on and it sucks. When it happens to me, for a second I get furious and my military training and psychotic aggression begs me to teach that person a lesson. But then another set comes and I get one and that uncontrollable need to inflict pain on the person who bruised my ego, simply goes away.

I am a combat veteran, writer, and a speaker. Most times that is how my bills get paid. But in my head…I’d much rather just be a surfer.  Now, that is how I fake my way through pain.

As Veteran’s Day draws near, whatever your political ideology may be, please take a moment to think about the soldiers that gave up everything, so that you could live without fear on a daily basis.

Please find out more about the issues that veterans of the war on terror come home with at http://www.amazon.com/The-Song-Each-Bullet-Sings/dp/193694054X or www.matthewcraw.com