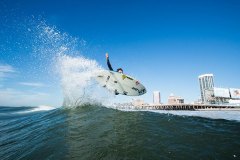 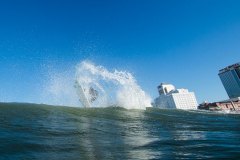 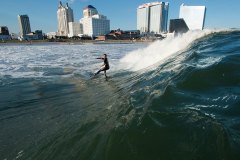 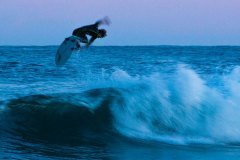 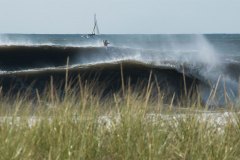 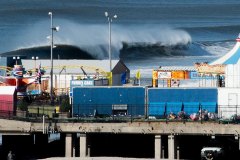 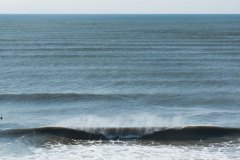 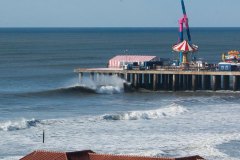 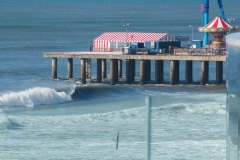 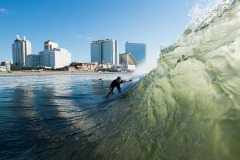 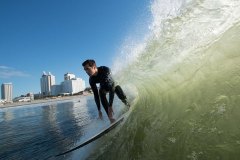 Atlantic City, New Jersey is associated with one thing to the widespread population, “that show on HBO.” Yes, Boardwalk Empire depicts the city’s exciting beginning that involved corruption and an entire city’s unwillingness to stop serving liquor, but there is so much more to “The Worlds Playground.” Today, Atlantic City still thrives off of gaming entertainment and alcohol sales. Outside of the monstrous casinos that are covered in shiny glass and bright lights, barrels are being ridden and airs are being thrown from people you have never heard of. When swell hits this part of New Jersey, the jetties and piers turn on, producing some of the best quality beach breaks you could ever stumble upon.

From the middle of May till the end of November, all eyes are focused on the tropics. Hurricanes create some of the best surf which is no secret. Although, now there is a relatively new season that has become increasingly popular, winter. People are suiting up more than ever and taking advantage of the surf year round. The water is freezing, the wind is whipping, and all day long your sharing tubes with only a handful of your friends.

There isn’t an actual surf scene in Atlantic City. There is no parking lot chat while sipping on the newest Starbucks latte to be found anywhere. Instead, you’re carefully hiding your keys so no one sees where you put them and your dodging broken glass on your way through the parking lot. If it’s winter, you’re even more reclusive because you’re changing inside your car with the heat on full blast. Once all suited up head to toe, small talk isn’t even an option.

The locals can be intimidating and if you’re not a familiar face, dirty looks and even a command to move down the beach are not uncommon. Sharp jetties and rugged drain pipes linger below the surface, so you really have to know where you are taking off. Walking under the boardwalk from one spot to another can scare the shit out of some people because of the bums that take shelter there. They’re friendly, just throw a shaka, they don’t know what it means.

Paddling out on a brisk winter morning along side the Steel Pier, imagine a rotting Santa Monica Pier, is like no other surfing experience. The beach is deserted, you can see your own breath, and if you’re from here you wouldn’t have it any other way. Brown and hollow surf keeps the mind at ease and almost helps you forget how cold you are. The surf can pack a punch and when it’s cold, the term ice cream headache becomes a reality. Hold downs are terrible. Some swells linger for two days but mostly it’s one and done. All the down time between swells gives surfers time to defrost their bodies and dry out their 5mm suits.

In the surfers eyes who live here and share these experiences, Atlantic City is an actual paradise. It’s dirty, sketchy, and beautiful all simultaneously. It isn’t for everyone and we’re ok with that.